A Castle in the mountains...

Did you ever wonder what makes someone do what they do?  Ever come across a building, or a structure and wonder "why" or "who"?  So many times it all happened so long ago, the history is lost and one knows, or we are just "passing through", so don't have any way of finding out the story behind it...

This time we were lucky.  Our host at our campground suggested we take a nice scenic drive out to see Bishop's Castle in the nearby San Isabel Mountains.  It wasn't to far, and the drive was a nice one, with a lunch stop on the way back at The Three Sister's Cafe.  She said the owner might even be there working on the place, "you never know, and he's an interesting guy".  I read up on the place, a rock castle, built by hand over several decades...sounded fun, so off we went!

The ride was indeed delightful, and the weather cooperated nicely.  Pretty valleys that wound up into the mountains.  Then, all of a sudden, there it was, looming right in front of you, this big, bold rock monstrosity!  Cars were parked all along the roadside, so that was also a give-away.  Tall trees tried to hid the entrance, but fail, at over 160' tall, it's hard to hide. 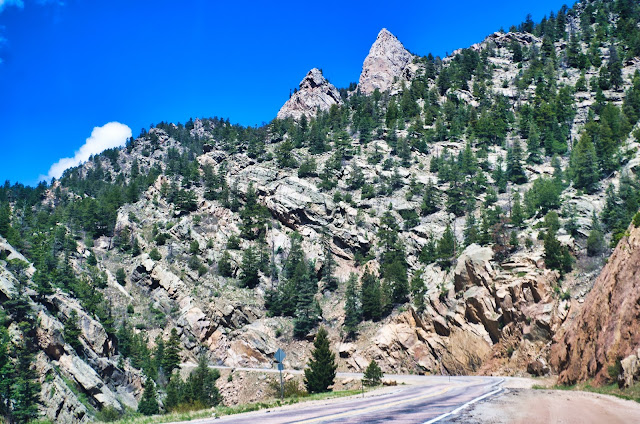 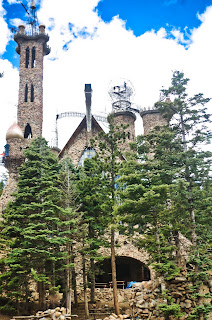 This "Castle" is hard to describe, as it's not like any you've ever seen, I believe.  You see, it didn't start out to be one, according to Jim Bishop.  Here's his story...

When Jim was 15 (in 1959) he decided to buy (from his own money saved from mowing lawns & delivering papers) two and half acres of land for $450.  He had dropped out of high school the year before and joined his father in the family ornamental iron works business.  When he was 25, he decided it was time to start building on the property.  Since wood and rock was plentiful, he decided to build a one room stone cottage.

To make a very long story shorter, Jim, Phoebe (his wife) and his father, would come out on weekends during the summers and work on the "cottage"...it continued to grow, and grow, and grow.  Friends would say "what are you building, a castle?"  After awhile, Jim decided that's what he was supposed to do with it, build a castle...for people to come and enjoy...so he has kept building it all these years, never stopping, with Phoebe by his side until a year ago when she passed.  He does not, and he will not charge admission; Phoebe managed to set up a non-profit so that any donations can go to financially help local families with medical expenses for young children that aren’t covered by insurance.

After walking up and down several flights of stairs, in and out of many domes, around balconies, peeking through doors, taking lots and lots of pictures, we ventured out to find Jim Bishop.  Jack found him, where else, but digging rocks out on a project site!  They had a nice long chat while I perused the gift shop, then joined them towards the end.  Jim shared with us about loosing his wife and young son and his faith in God.  He's a small man, maybe only 5'6", frail, but what a life, and a mission to keep this project up, for the people.  I asked him about ever living here, and he said, it was never intended for him and his family, it was always intended for others to enjoy, that's why he does it. 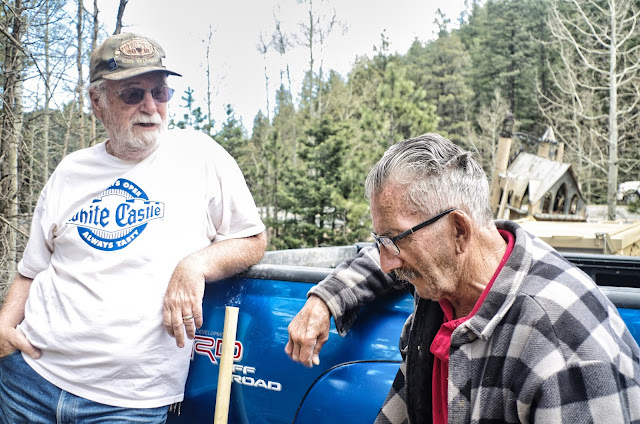 What a treat to be able to actually meet the Dreamer, to hear the Vision, to Know Why...
It made my day...Thank God for people like Jim Bishop... 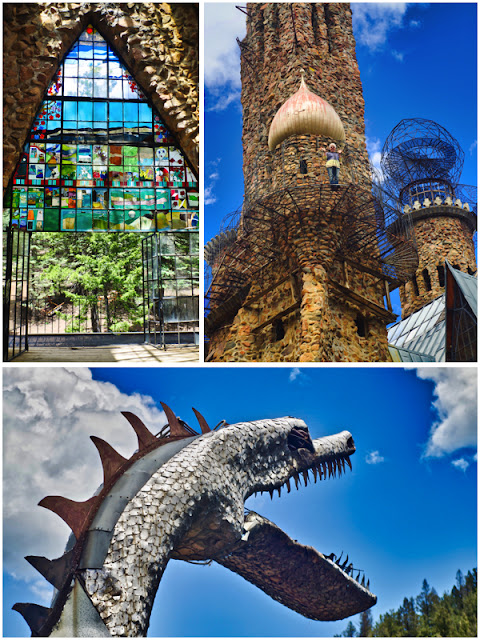 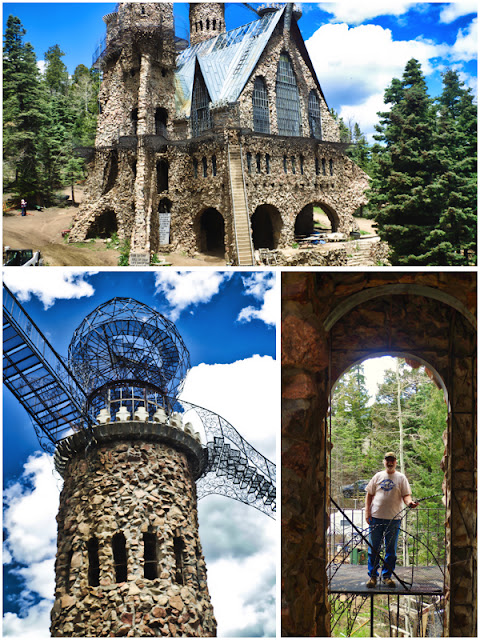 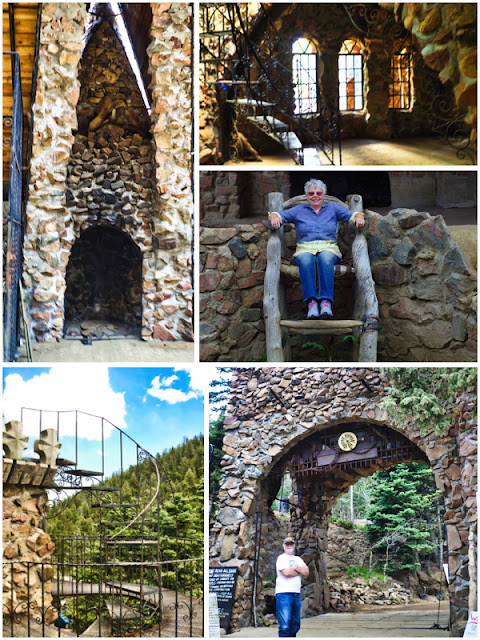