One of my favorite things to do while traveling is to visit small historic towns.  The most fun day for me is one that has a sunny blue sky with mild warm temperatures, lots of historic buildings with great architecture that have been "recycled" into wonderful boutiques, antique shops, cafes, candy shops, and bakeries.  A small museum is an added bonus.  Not to crowded, but enough people that keeps the places operating and open.

All that, was delivered to us in Guthrie Oklahoma.  We were visiting friends outside of Oklahoma City and my friend said, "I have just the place to take you that I know you will love!"  Boy, she was sooo right!

Guthrie was established during the famous Land Rush of 1889.  Guthrie promptly became the capital of the Oklahoma Territory. When Oklahoma became a state on November 16, 1907, Guthrie became the first state capital, a role it held until 1910, when the seat of government moved to Oklahoma City.

You can tell that Guthrie has worked hard to keep their downtown buildings in good condition while not loosing their historical character.  They have done a remarkable job! 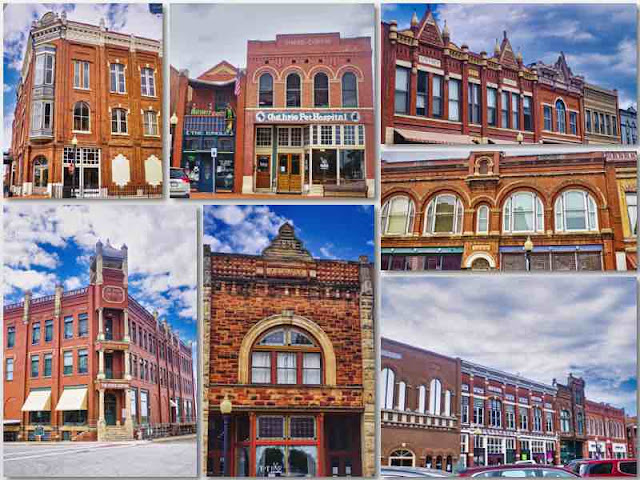 In spite of very few people out and about, many of the shops were open for business...and we did our best to appreciate that by buying our fare share of goodies to take home!  ;-)  Guthrie also has a wonderful little pharmacy museum, called Oklahoma Frontier Drug Store Museum.  I think they had just about every kind of bottle, box, ointment, pill, mixture, formula, tincture, mortar and pestle sets that any "old" pharmacy could have had in the day!  Wow, was there a lot of stuff in that small shop!  Some cute ads to read too! ;-) 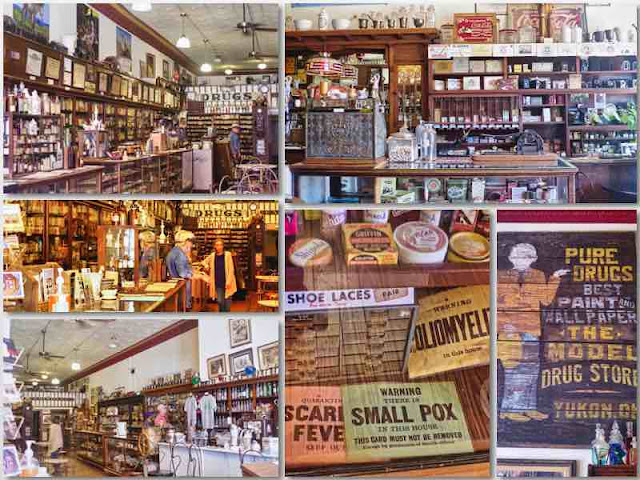 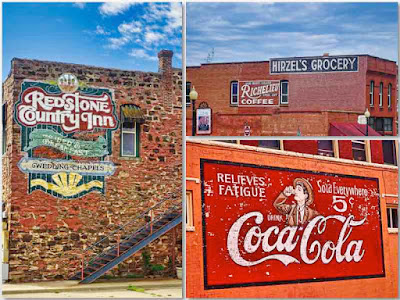 Speaking of "ads", there were some nice old ads on the buildings too...

All in all, it was a great day!  It was "Cinco de Mayo", so, of course, we had to end it with a great Mexican Dinner at Senor Lopez's Mexican Grill!  Yum!  I didn't get any pictures there...but I got to keep the (large) cup that my Margarita came in!  hee hee

All to soon, our visit with our friends came to an end and we needed to bid them farewell, so now we are off and on our way to Louisiana!

...on the road in Louisiana,  Marie