This is not our first visit the Savannah, having been here several years ago, but a beautiful city like this, you can’t not stop and revisit when you are in the area!  There are so many interesting things to see and do in this area, we know we missed several things the first time around, so concentrated on looking into seeing what those were, along with saving time to revisit a couple of our favorite places.

I knew I had spent quite a lot of time at well known Bonaventure  and Colonial Park Cemeteries, but was surprised I had missed the Laurel Grove North and South Cemeteries.

The North was Established in 1852 and was once called Springfield Plantation.  It is the burial place of hundred of Confederate soldiers, as well as prominent citizens like Juliette Gordon Low, the founder of the Girls Scouts and Florence Martus, Savannah’s Waving Girl (a statue of her is at the wharf). 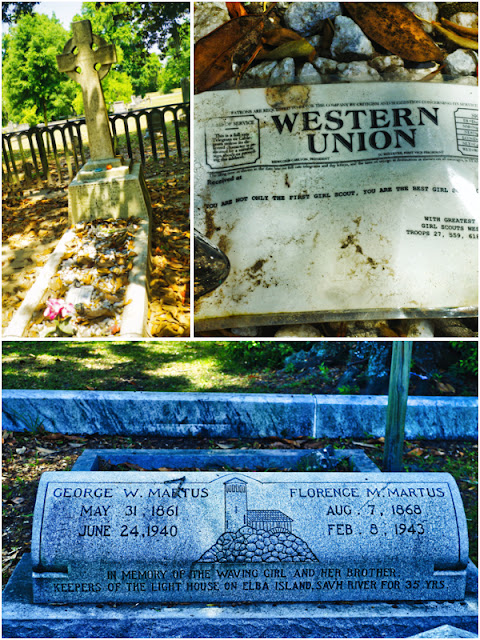 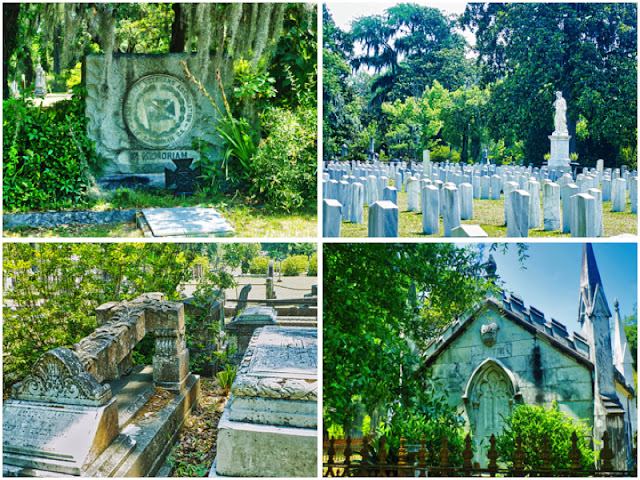 The South serves as the final resting place for many members of Savannah’s African-American community.  Many slaves, freedmen and even two African-American Confederate veterans are buried here.  So, it was time to go check these two cemeteries out.  I found them to be very, very different from one another… 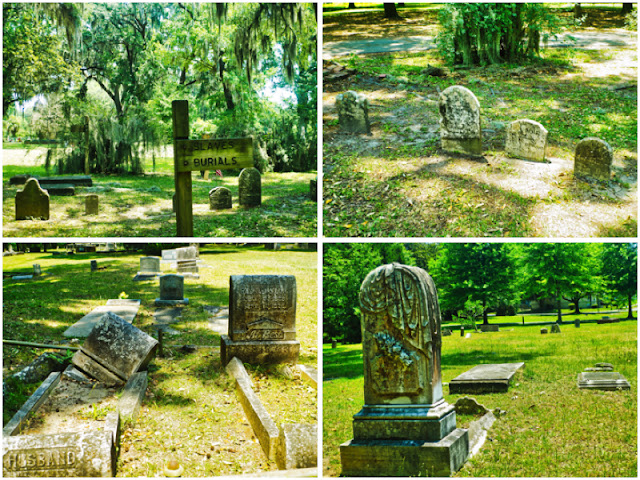 I was also surprised I had not visited two special churches in Savannah…The largest and most opulent, Cathedral of St. John (c1912) and the small.  First African Baptist Church (c1859).

The Cathedral of St. John the Baptist has actually been built twice.  The first Parish was established in the late 1700s.  By 1873  the cornerstone was laid for a new structure dedicated to “Our Lady of Perpetual Help”, a name that was retained for ten years.  But in 1898 a devastating fire destroyed all of the Cathedral but the outside walls and the two spires.  It was another 14 years before the extensive decoration and artwork of the interior were finished.  The Cathedral Basilica of St. John the Baptist was rededicated on Nov. 29, 2000. 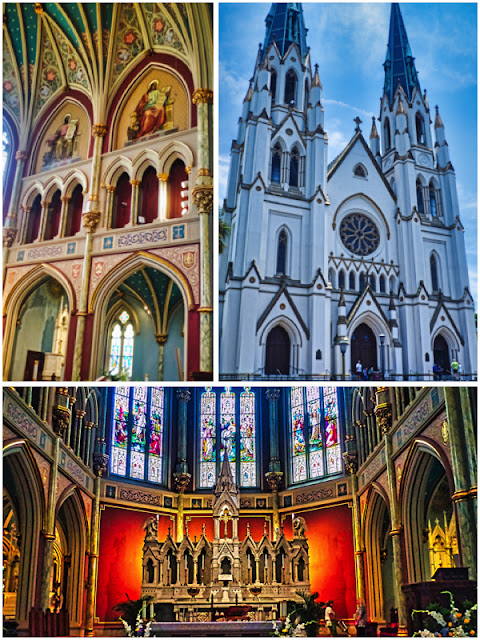 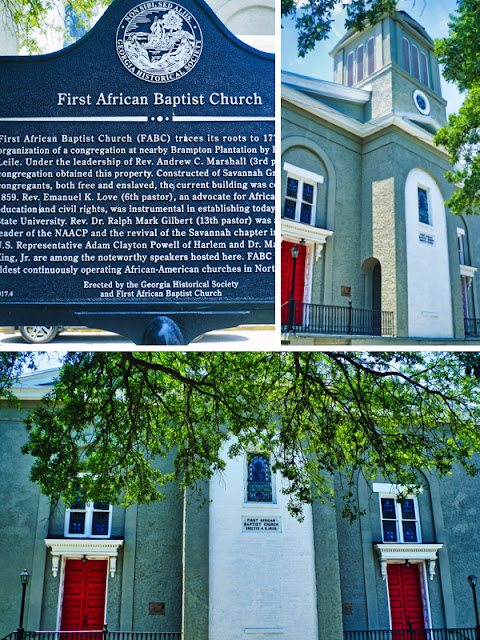 One of our favorite spots is The Pirates’ House Restaurant.  It’s a fun place, AND it has great food - can’t beat THAT combination!  So, after all that walking, and knowing we had a “special tour’ later, we headed there for a late lunch.  It didn’t disappoint.  It never ceases to amaze us though, that they actually took pages from an original First Addition book of Treasure Island and framed them!  That was a treasure in and of itself! 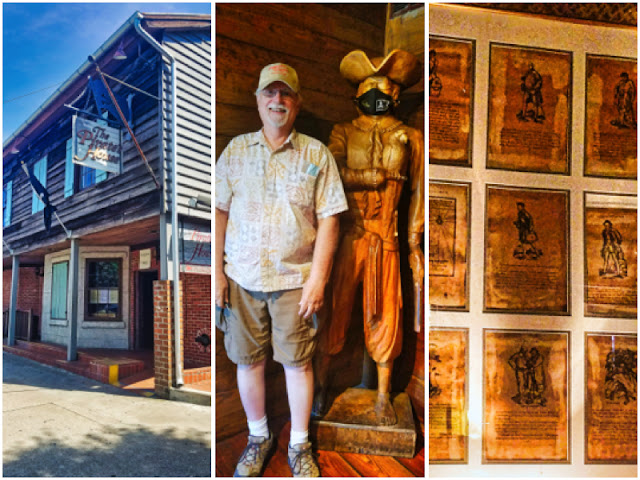 We had done the Hop-on-Hop-Off Trolley Tour before, so we though “why not do something a little different this time?”  So, we went for the Ghosts and Gravestones Tour!  What the heck, right?  It included a visit into the Andrew Low House (Juliette Gordon Low’s father-in-law) and into Perkin’s & Son’s Ship Chandlery to hear stories of the haunted River Street.  Sounded like fun!

The Low Home was beautiful, and it was where Juliette died, but that is not “who” is said to haunt it.  It seems the caretaker who stayed on, even after he was freed, loved this home, cared for everyone there, until he died an old, old man…still “lives” there today…

They told various stories of several areas around town and around the cemeteries, and ended the evening at the Chandlery with wonderful effects of lights going on and off and good sound effects of thunder and lightening, banging and tapping.  It was a fun ending to the evening. 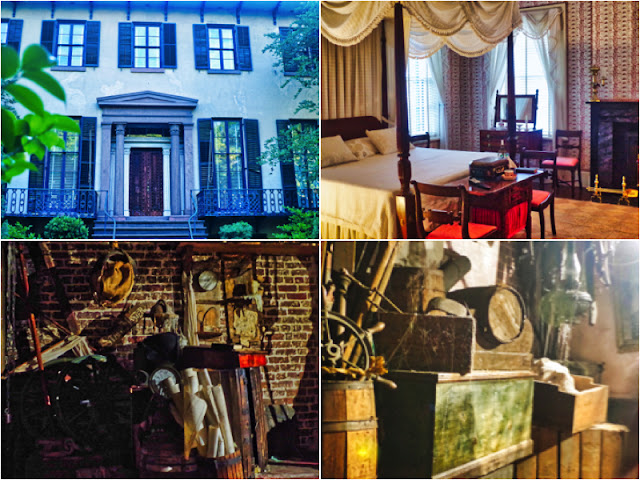 Afterward we walked along River Street and watched the sunset, it gave us a beautiful sendoff. 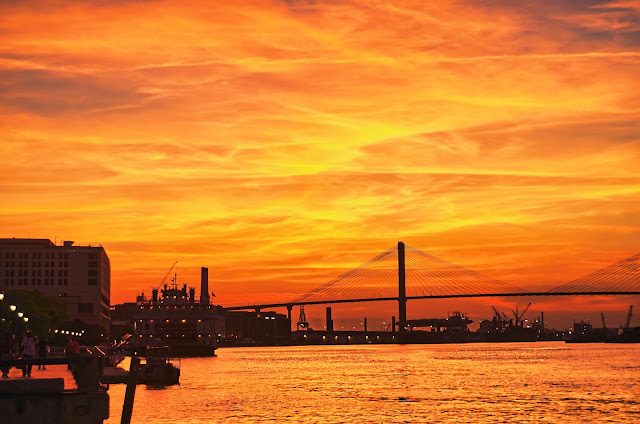 The following day we drove out to see the Live Oak Avenue at Wormsloe.  400 Live Oaks were planted in the early 1890s along a mile and a half road by Wymberley Jones DeRenne to commemorate the birth of his son, Wymberley Wormsloe De Renne.  He also erected a grand masonry archway  to commemorate his son’s coming of age. Two dates are engraved on the arch: 1733 represents the year Noble Jones arrived in Savannah; 1913 marks the year the arch was erected. 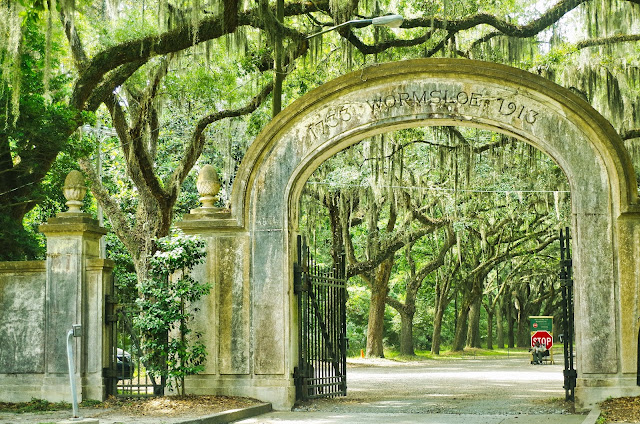 I thought it would be beautiful to see…that was an understatement.  Nothing really prepares you for 400 trees creating their own archway to drive under for over a mile…it truly takes your breath away… 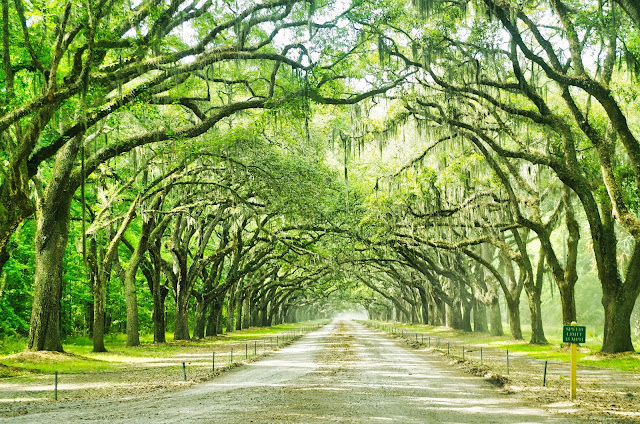 In addition to this, they have the ruins of Noble Jones’ fortified tabby house as well as several other buildings.  They also had a couple of cute young men dressed as British Soldiers that I watched giving some young tourists lessons in “proper soldier duties”.   All the grounds were just beautiful to walk around, and tucked WAY back in, behind a gated wall, younger generations of the Jones’ family still retain homes (mansions) on the property. 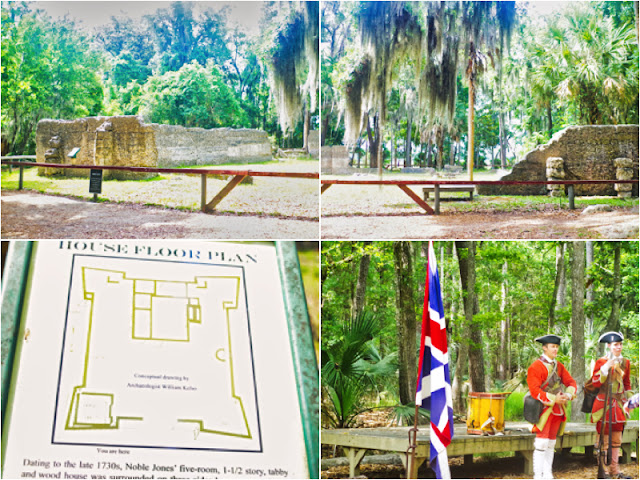 The last thing left to do, was to pay a visit to another favorite spot of ours, Tybee Island.  A quick drive over the bridge, and we were once again on the island!  We actually found a spot to park next to the beach (yea Jack!) so I tootled out to see what I could see and snapped a couple of shots and scooped up some sand for my collection.  We got a scoop of ice cream and took a walk around.  Well…time has changed our sweet little island…what was once a funky, fun, laid-back, beach town, is now just like all the rest of the commercial beach areas.  If no one told you the name of the town, you wouldn’t know it from any other now.  Sad. 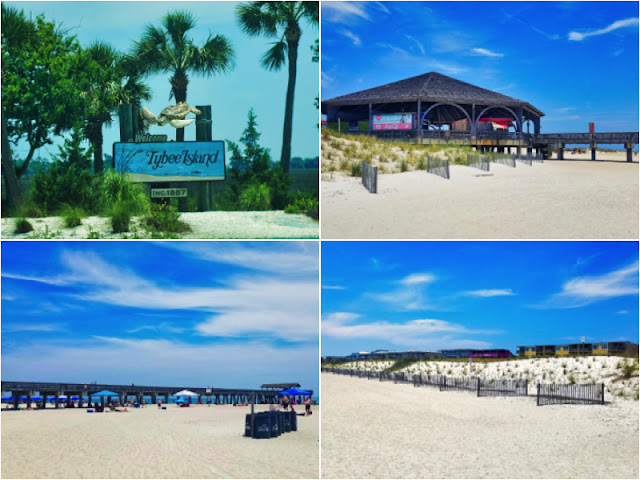 We did drive around to the “back areas” and found a few of the older homes still around and some of the fun funky yard art there, but I’d say only about 10 to 20% is left of the “old style” now.  Don’t think we will be back again. 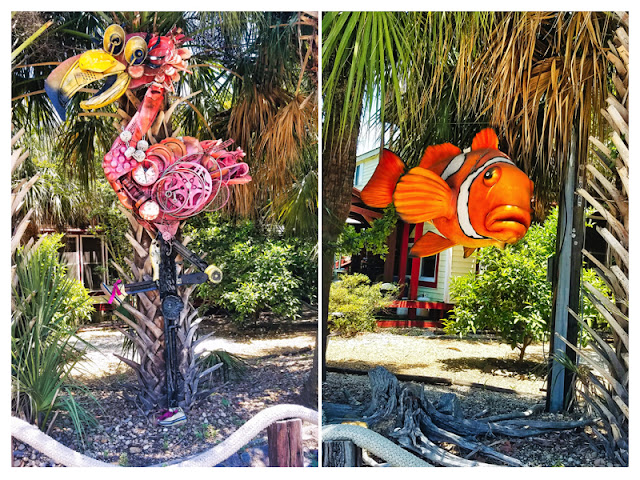 On our way out, we did see this little beauty though!  The Cockspur Island Lighthouse!  ;-) 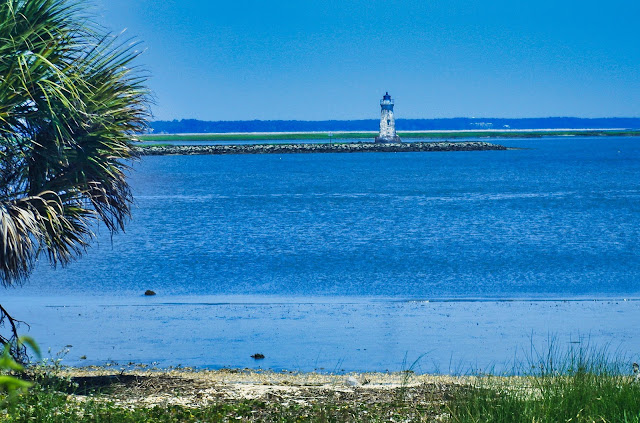 That ended our stay in Georgia, we are off to the Carolina’s!  Hope everyone has a safe holiday, and remembers what it’s all about…

…kicking back in South Carolina,  Marie
If you would like to see the rest of my photos, you can on my Flickr at https://flickr.com/photos/74905158@N04/