No, that's not the call of a director, that's just a little bit that we have to be thankful to Thomas Edison for. Like so many (I'm discovering) Edison made his "winter home" here in Fort Myers Florida. He, and his good friend, Henry Ford. Seems he and Henry became friends when Henry had decided to make cars, and needed batteries and a few other things, that he thought the "smart Mr Edison" could help him with! He did, and that started a long and close friendship. Two geniuses, go figure. Anyway, as time went by, Thomas realized that we (the United States) were going to need our own rubber resource, and thought Florida would be a good location to do the research. With the balmy climate, almost any plant would grow here, so he had a lab set up, and acres of plantings. Ford spent time here as well, so bought the house next door. The two couples enjoyed "camping" and socializing together as well as a working relationship. Firestone funded the endeavor until Edison died. Soon thereafter a synthetic source was created, so the "natural" resource was no longer needed.

Today, the Edison and Ford homes (these were only one of many that they had, and not nearly as ostentatious as other's as you can see), along with a caretaker's cottage, pool, and gardens are open to the public along with a wonderful museum of some great examples of Edison's inventions. He had over 1000 patents. One of the things we were reminded of (because I'm sure I knew this at some point) that even though we always think of the light bulb as his best known invention, it was actually the phonograph. The other "ah ha" of the day, was that Henry Ford was the wealthiest man at that time, the first billionaire in his day. He was so determined that the "every day man" have a car, he asked how much one would have to make in order to afford one of his cars. If was figured out to be $3.40 per day. He said then he wanted his laborers to earn $5 per day so that each could own a car! (Smart man, pay them well, and they in turn spend their money buying your product!).

Fun seeing how the "other half" lived, learned, and changed our world, helping it become what it is today... 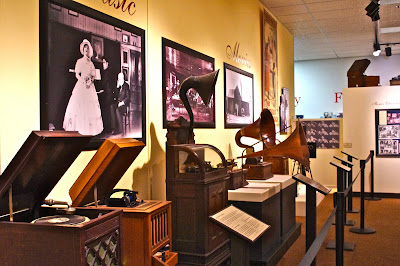 They liked to camp together, so Ford designed the first "RV"! 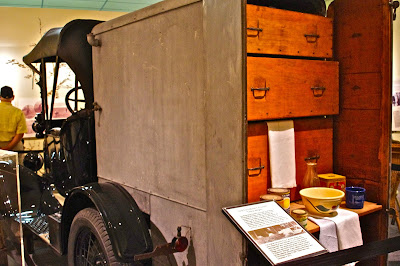 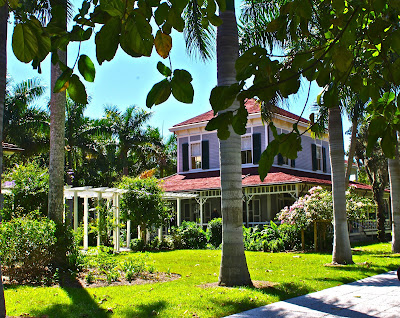 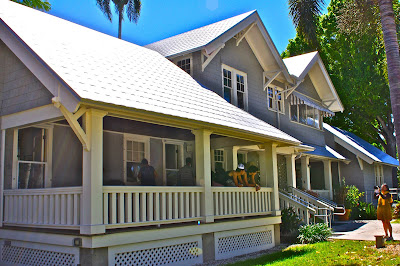 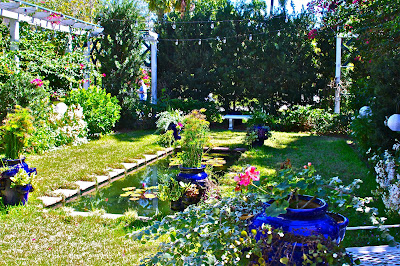 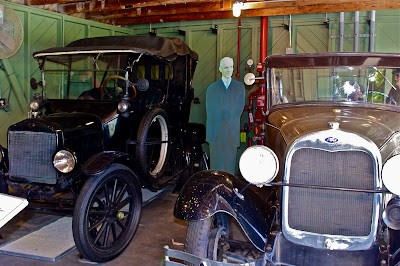 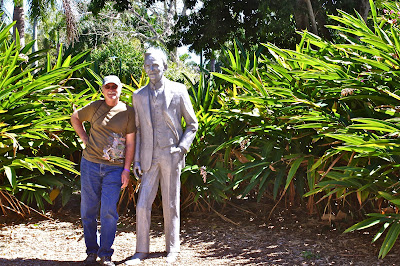 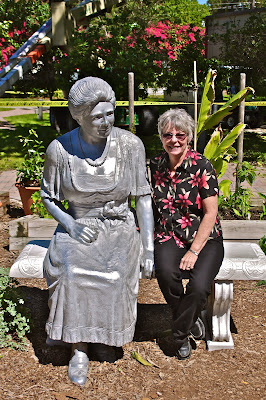