We enjoyed most of our day here, starting with their Saturday Morning Market, where we met the most wonderful, knowledgeable cigar dealer! Who, of course, helped us select just the right ones for our special people! ;-) Later, Jack got to chat with a woman who was hand-rolling them, asking her all the details on how & what. We had lunch at the "famous" Columbia Restaurant. I couldn't wait to try my first Cuban food! Ate their traditional sandwich and their special "1905 Salad". Ummm. Beautiful place with incredible tile work everywhere. We met several artists, and one in particular that is pretty well known and I wish I could have bought one. His name is Arnold Martinez, and he uses tobacco, coffee & wine as mediums in his gorgeous paintings. He was absolutely charming, explaining his technique and how he got started using these ingredients.

From there, we quickly went off to see the Henry Plant Museum in Tampa. Henry Plant (1819-1899) the acclaimed "King of Florida", was founder of the Plant System of railroads, steamships and hotels. He built the the grand Tampa Bay Hotel, the nation's only Victorian railroad resort, between 1888 & 1891 as a winter resort. He wanted it to be one of the most fanciful creations of America's Gilded Age, and he succeeded. It's now part of the University of Tampa. 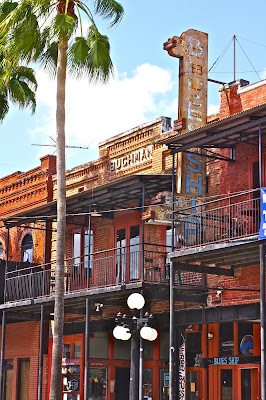 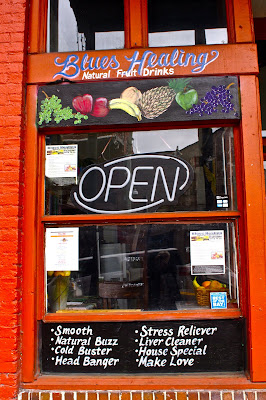 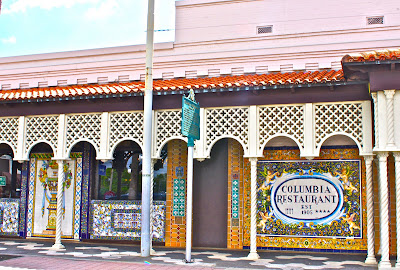 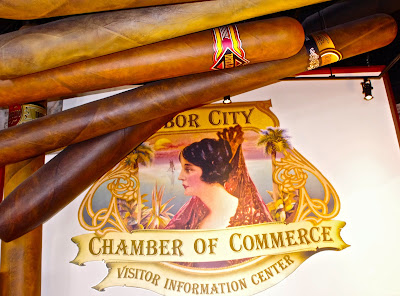 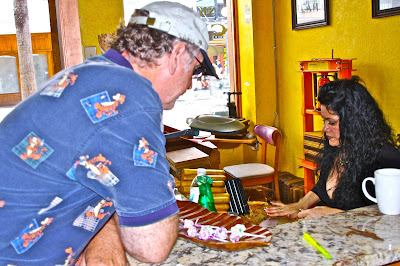 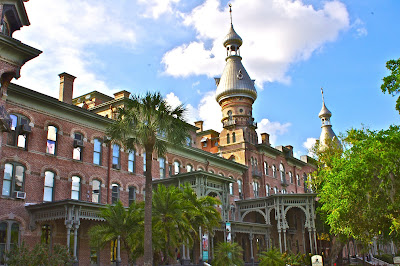 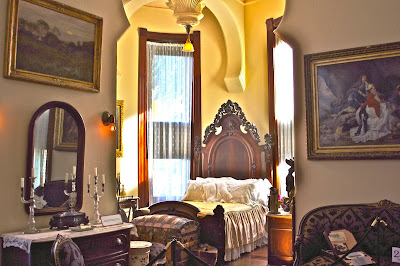 Tampa - Now: Frustrating. One of the things Jack and I have enjoyed while driving in other parts of Florida, is how great their signage, direction and maps have been. Not so with Tampa. Just the opposite. AAA Guidebook was just as frustrating in that it gave vague directions, and in several instances incorrect & incomplete information. Once case in point, was a trip to the Baker & Co General Store. A "must see" by AAA. First of all, it was in a very run down, "shady" area of town, then their "bursting with items" left a lot to be desired. Seems their 10,000 sq ft/ 3 floors, were "slimmed down", but "if we wanted to go over to their warehouse, down the street, we could..." No thank you.

Next on our "must see" list was the "Tampa Riverwalk" - so, I'm excited, thinking that it's going to be like the one in San Antonio! Well, after an hour of driving around and around, with pure determination to find this dang thing, because no signs, or when we finally would see one, it gave a slight arrow, then nothing to follow up with, we stopped someone. He turned out to be a nice young man working for the Convention Center and had a downtown map! Showed us where the Tampa Riverwalk was, and that many parts were "still under construction, but you could still walk there". When we told him we were looking for shops and food establishments, he pointed out one across the way and said that was the best one (I got the feeling it was the only one on the walk). We went there.

As we sat along the river, we did enjoy the scenery of downtown Tampa & the sunset, but the wind nearly blew us out of there, so we decided to find somewhere else to eat. Reading in my "trusty? guide, I saw a place that sounded like good Italian food nearby, so we went in search. Well, "in search" we did, around and around, again! Signs, and directions lacking or only making it worse. When we finally did find the place, there wasn't any parking, and we were to tired to eat! I offered Jack the rest of my earlier sandwich, and I was just ready to call it a night...if we could just find our way back out of Tampa! Ugh. 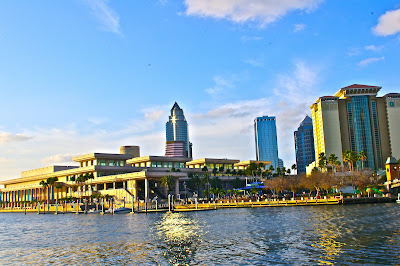 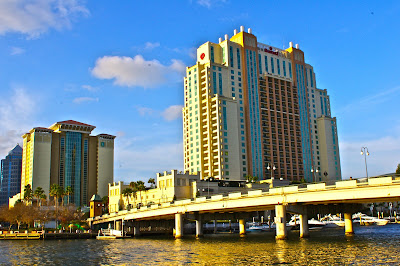 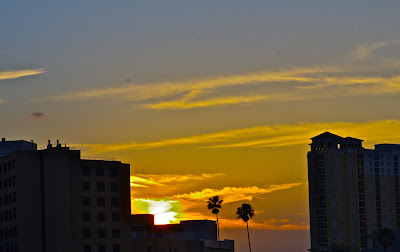