Traveling is fun...most of the time...but we all know, nothing is perfect. Case in point - Our trip to Lake Havasu...

We have this wonderful GPS system, the Rand McNally Tripmaker but it's only as good as the information going into it. Sooo, when we were given the "address" of the campground, that's what I put into the system. Well, I should say, that's what I tried to put into the system. It kept fighting me (that was my first clue), not "finding" it in Lake Havasu or Parker. As the sun started setting and we started getting closer to Quartzsite we started getting more and more worried that we were indeed lost. With hundreds of rigs heading on the long stretch to Quartzsite, and not a turn-out in sight, it didn't look pretty. Quartzsite was the last place Jack wanted to be, and I was failing fast as the navigator. Tempers were starting to flare! This was not going well. We finally spotted an area large enough to pull over and recalculate the situation. That done, Jack saw a way to pull the rig around and go back the way we came and retrace our route. Long story short, we finally found the place, well hidden, I might add! Once there (Havasu Springs Resort), the staff couldn't have been more accommodating and friendly. Luckily they had a restaurant and it was still open too! Good food, a glass a wine and some live music later, and all was well. Phew! Lesson learned...don't fight the GPS system, she knows best, if she can't find it, the address or directions given were wrong!!

In the light of day, we saw that the campground (called a "resort") was really quite nice! Jack had won this when he was having some work done on the rig in San Marcos before we left, at Camperworld. They had called him on his birthday, no less, and told him he had won $1000 worth of free nights at a Colorado River Adventures campground of our choice. He explained that we were right in the middle of moving, etc. and we would have to call them back to schedule something. When we were in Pahrump, I told him to give them a call and see if we could go ahead and book their Lake Havasu location - that's how we ended up there! We had to attend a "sales meeting", we knew, but what the heck?

It ended up to be a good call. We met with some very nice folks, explained our new style of living for the next year or so, and actually worked out a really good deal for us (and them, of course). We decided to go ahead and purchase their membership. It's through CRA (Colorado River Adventures) and covers RPI (Resort Parks International) that includes Thousand Trails and Enjoy America campgrounds as well. That along with our KOA membership should pretty much cover us across the US! I was actually a little concerned about "peak season" camping, but now I don't have to be, yea for us! And that's now at $10-$15 a night even! I'll keep you posted on how it all works out. 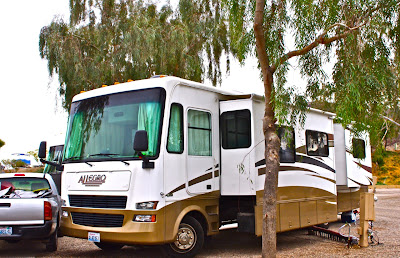 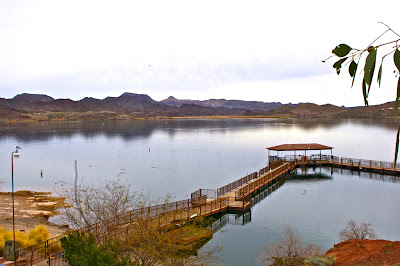 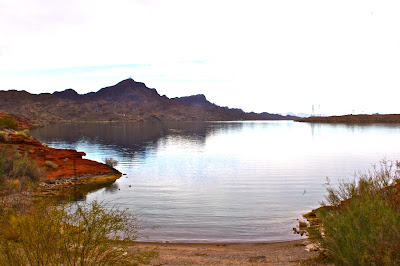