Red Rock Canyon in the morning and Las Vegas at night!

On our way to visit my cousin in Las Vegas for the evening, it was suggested that we make a stop at Red Rock Canyon; that I might like to take some pictures there. Wow! What an understatement! What we thought was going to be a "short stop" turned out to be a full morning, well spent! Their motto is "It's not called the scenic drive for nothing..." is so true! 13 miles of stunning views and geological wonders. Every stopping location was an opportunity for more and different photos. Hours went by before we realized it and pulled ourselves away from it's mesmerizing beauty. 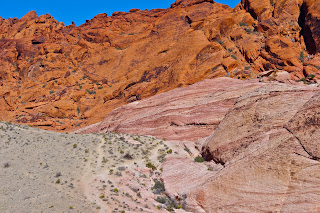 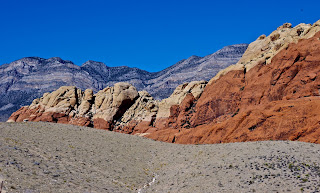 They actually attempted to quarry the sandstone at one time! 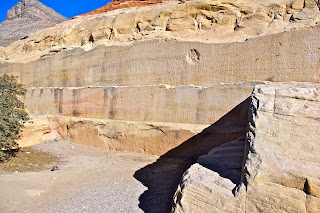 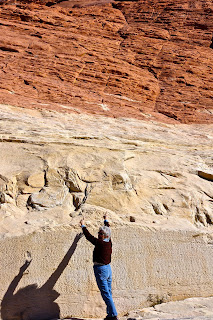 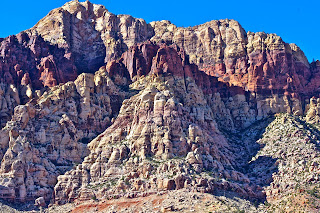 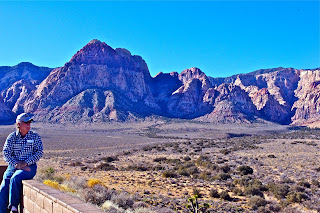 Luckily we were to meet my cousin late in the day to visit and be shown around Las Vegas a bit. We hadn't seen each other for many years, so it was really a great treat to get together. I took a couple of pictures driving into Vegas, but left my camera in the car, thinking it would be in the way at dinner...fool that I was! I took some shots with my phone, but it's not a "high-end" one so the photos are not very good. The Bellagio and other's had just done up their interiors with Chinese New Year's decor and it is gorgeous (of course!). My cousin took some great pictures with his phone, but he hasn't sent them to me yet (I'll add them to the Shutterfly when I get them). Sorry they are not better...but you can at least get an idea... 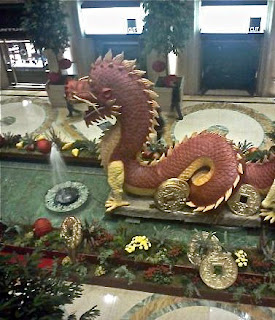 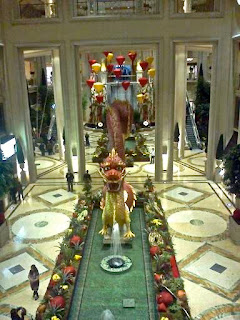 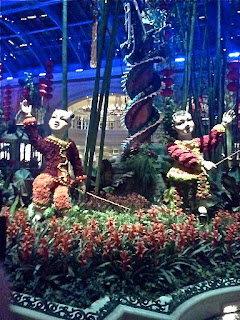 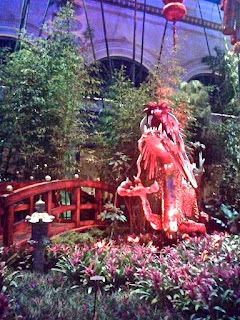 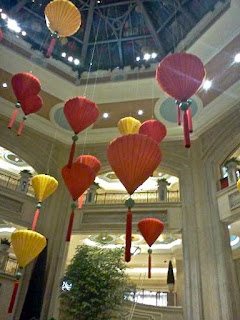 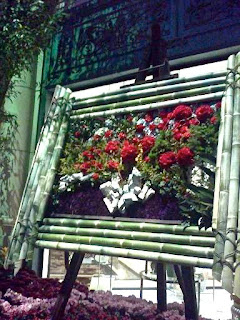 My cousin and his wife were both dealers (she still is) and shared some fun stories with us including how Bill Gates had to be "bumped" from his room because a "whale" came into town and wanted his lucky room, and that was the one Bill was in. To bad Bill! "No, he couldn't pay for it, it was the whale's!" David even pointed out a real Vegas "mobster" to us! Ahhh, the life and times of the "insider's of LV" ;-)

...kicking back in Nevada, Marie
Posted by Marie