Few cities combine the allure of living history - so present at the Alamo and Spanish missions - with the exhilarating mood of a party, like San Antonio! That festive feeling was everywhere we went and with "Mardi Gras" just around the corner, made it even livelier! With only two days to "get it all in" we decided to take advantage of the two-day hop-on-hop-off Grand Trolley Tour. The first day we took the full 60 min. tour to get the lay of the land and see what we really wanted to spend our time at the next day. We then spent the rest of the day at the Alamo, and along the River Walk. As our luck is still shining, we arrived just in time for their Mardi Gras Boat Parade! It wasn't big, nor all that "fancy" but it was loud and fun! They sang, and cheered, and threw lots of beads to all the hungry hands, of which Jack caught lots for the grand kids to have! I just kept taking pictures, of course! We did stumble upon an incredible restaurant tho, the Iron Cactus. Jack isn't into Mexican food much, but he tolerates it for me. Being in Texas, I wanted to have some of the "local flavor". Reading their menu, it appeared to be more along the "southwestern" style and looked quite promising, so we tried it. Jack, to my surprise, ordered "lobster tacos", and I ordered their shrimp enchiladas with the lobster & cheese cream sauce. I'm here to tell you, that those two dishes were INCREDIBLE!! OMG GOOD!! Prices were really reasonable...and all this at a "tourist location"! Beyond our expectations! 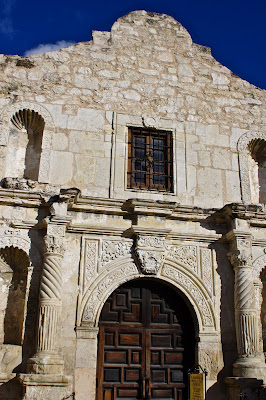 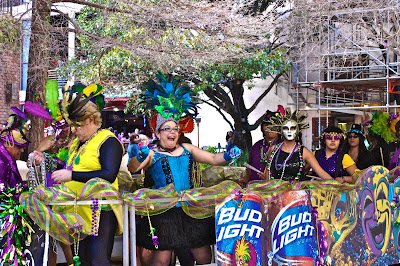 Day two - Up bright and early (well, for us, anyway) and off we went to our "2nd day hopper". As we waited for the trolley at the beginning and again at the mission, you would have thought we were the tour guides! Here was Jack, telling them all about the restaurant, or how to get to the River Walk, or I was advising about which mission to spend their time at, or if they wanted "history" vs "souvenir shopping" experience! Guess you can't take the "guide" out of us, no matter what city we are in! ha ha

We really enjoyed spending time at the Mission San Jose. I haven't had that much fun taking pictures of ruins since my trip to Greece! Beautiful, just beautiful. 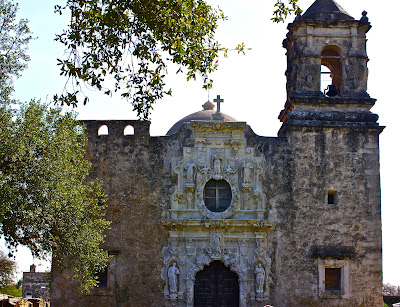 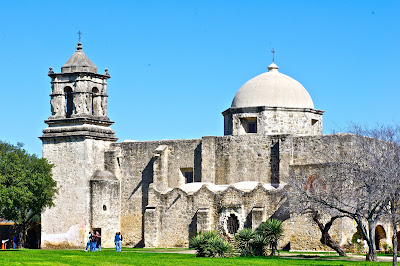 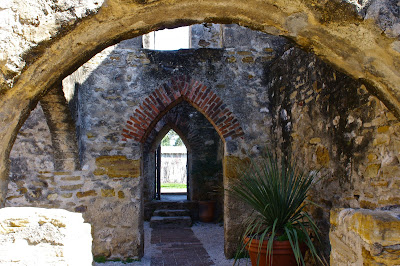 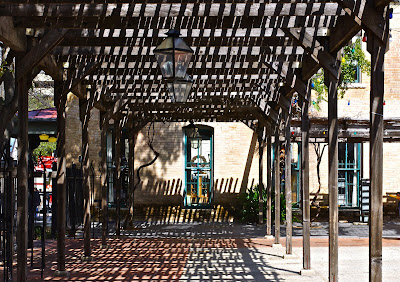 After we left the trolley, we walked to a few of the areas we wanted to spend some extra time at - One of the areas that the trolley can only "pass by" is the German neighborhood called King William Historic District. These homes were built in the 1840's, originally settled by prominent German merchants. To say these homes were breathtaking, would be an understatement. As I walked along, snapping away, I would say, "just this last one"... then I would see another that was "so unusual" I would just have to take it's picture too! It's moments like this that I'm glad I no longer use 35mm film! 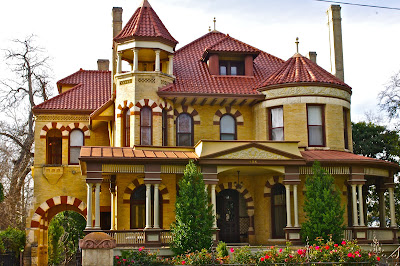 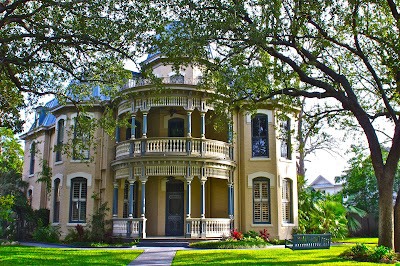 One last stop at the San Fernando Cathedral, and we called it a day. I must share, tho, that when I saw the pictures of the "before" (as it was built in 1734); it's simple beauty, I was appalled when I read that the diocese spent 3.1 million dollars to turn the "holy alter" from it's simple beauty to it's now "gold decadence"! What a waste of money, when it could have been used for so many other (human needs) better uses! Sad. 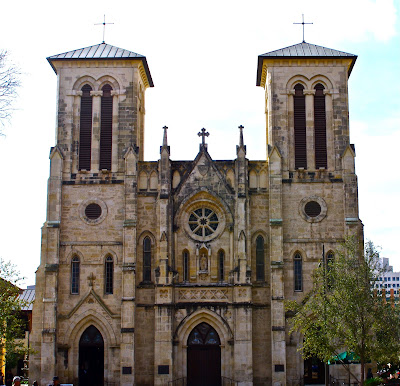 The campground we are staying at is really nice, and full of "rodeo folk". Their big rodeo is in town, right next door and many of them are staying here! Big rigs, real BIG rigs! We would have liked to gone one day/night, but we just couldn't fit it into this trip's schedule...oh well, another time to show Jack what a rodeo is all about!

It's off to Corpus Christi in the morning, so early to bed, early to rise! Yee ha, a new road to travel on! 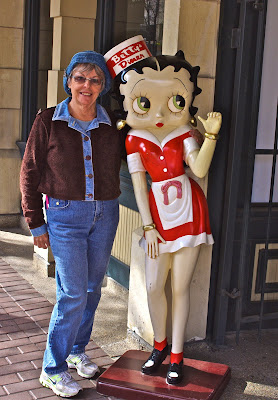 ...on the road in Texas, Marie
Posted by Marie