The Smith's (that's their real name, so try and Google that!) were friends we had back in San Diego for years. We had gone on vacation together, partied together and just generally hung out together a great deal. Several years ago they moved to Phoenix. We came for a visit once, called and e mailed over the years, but work and life drifted us apart.

Before starting our journey, we sent them e mails, but they bounced back. We tried calling, but the numbers were no longer working. We tried looking up their businesses online, but found nothing. Now what? They had kids in Colorado, but where? We were at a dead end. (Do you have any idea how many Smith's are on Facebook?)

So, when we got to Phoenix, we thought we would go to their home and see if the people living there might have a forwarding address for them. We would also try the gun store that they had owned. So, we did. No one home, but I left a card with a note. When we went to the store, it was closed and empty.

Days went by, and no call. I kept telling myself that maybe the folks were out of town, or that they just enter through the garage and it would take awhile to see the note in the front door.

Then the phone rang. It was them! They hadn't moved after all! (they go through the garage & had just found the note)

One dinner, a bottle of wine and hours of laughter and wonderful conversation later and all is well.

Lesson learned: Don't go so long between visits with friends. The joy they bring into your life is far to precious to loose.

Here's to our friends, one and all! Thank you for being in our lives...for each of you make it much richer for being there! 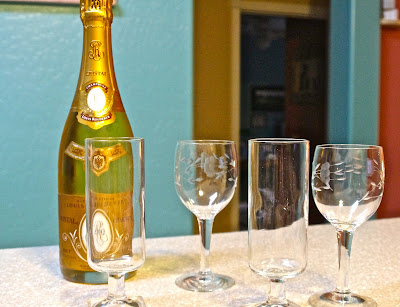 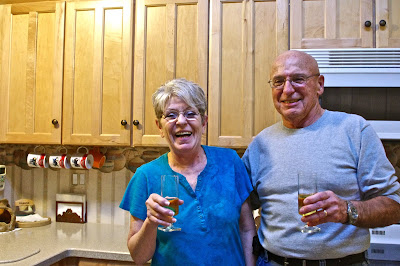 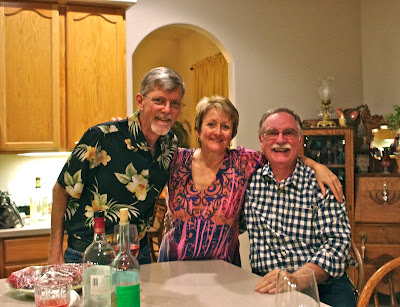