The varied history of Louisiana...

Our first stop, Avery Island, where Tabasco Sauce is made! Avery Island is actually an Island, and is owned and operated by the same family who owns and operates the Tabasco Pepper Sauce factory, along with Jungle Gardens and Bird City. All of this has been in the McIlhenny family for generations.

They give you a short history of "who, when & how" it all came about and how it's made. Then they show you the bottling plant and send you on your merry way to the "Tabasco Country Store" where everything, and I mean everything you could even begin to think of, has the logo Tabasco on it! Along with all their fun merchandise, they give you free samples of all their other products that they make...did you know they make things like Tabasco mayonnaise? Or Tabasco Chili Starter? They are actually quite good (I bought one of each!) Or ice cream? Yep, I tried that too! We got out of there with just a small bag of goodies, not to bad considering all the tempting doodads they had!! ;-) 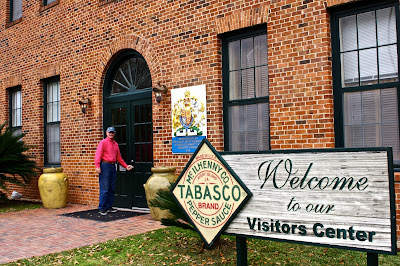 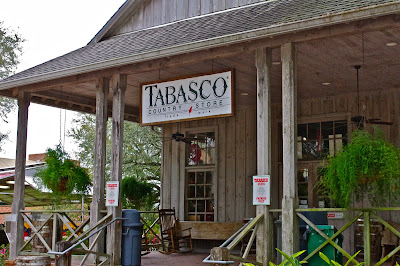 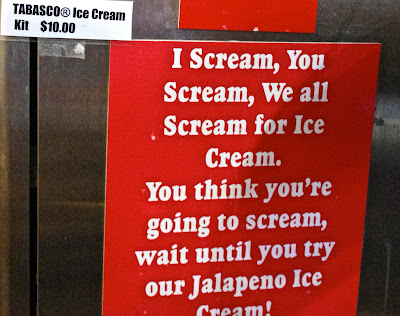 From there we dashed over to Vermilionville, as we knew this place would take up the whole rest of the day, and we were already getting hungry for lunch (hot samples only gets you so far, you know!). As soon as we paid our admission we went straight over to their restaurant (we had read great reviews) as I was ready for some good Cajun food! I'm not a big catfish fan, or fried okra, which was the "special of the day" so I settled for a brisket po'boy and wasn't disappointed. I got sweet potato fries and they covered them with sugar cinnamon, um mm good!

Tummies full, so off we went to see what this place was all about. Since it's "off season", it was pretty quiet - up side, not to many tourists to compete with, down side not as many costumed historical interpreters around to talk with, but the day was nice and we could take our time. The historic village contains 19 structures, including seven restored original historic homes which are filled with artifacts reflecting life in the Acadiana area between 1765 and 1890.

The place was very interesting and very beautiful. We met some fascinating people who shared their interests with us and Jack actually was able to share some insights with a couple of them as well! At the woodworker's home, he noticed a wheel measuring tool and commented on it to the gentleman. He hadn't known what it was used for, so Jack explained it to him. He was thrilled to learn about it! In turn, he took Jack into the Blacksmith's shop that isn't currently being used (they don't have a blacksmith) and invited him to browse as much as he liked.

Walking along the bayou, looking at all the beautiful trees full of hanging moss, small docks out onto the water, it's just as I imagined Louisiana would be...I just didn't know I was a hundred years to late... 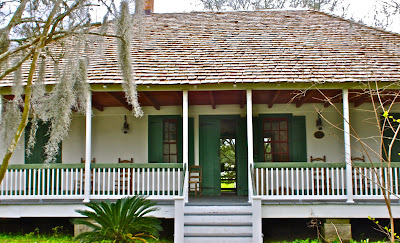 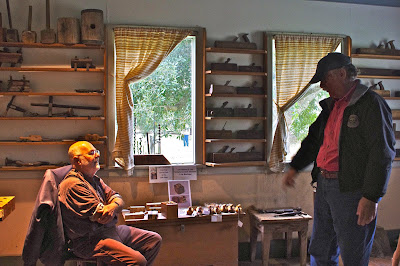 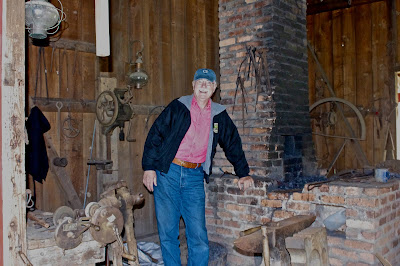 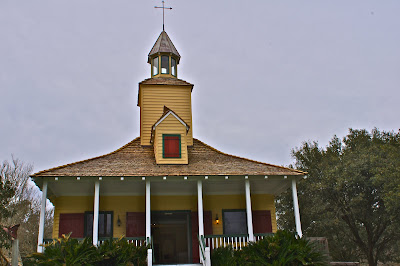 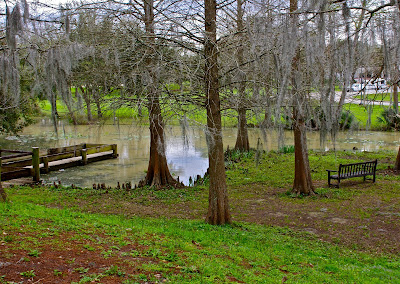 
...kicking back in Louisiana, Marie
Posted by Marie