Freedom, it's a wonderful thing...

One of the great things about this trip is the freedom of spontaneity. While we were at Las Cruses RV Park, one of the gals there was telling us about taking a side trip before heading to San Antonio. She suggested we get off the 10 east, and take the 90 south to Langtry and check out Judge Roy Bean's place, then head on further down to Del Rio to see Seminole Canyon and Amistad Lake.

When we stopped for the night at Ft Stockton, we pulled out the map and took a look at our options. Taking her advise would mean getting off of boring Hwy 10 for awhile and adding some site-seeing into the mix. On the "con" side Del Rio is right on the Mexican border. One of the gals there at that place said that they had been told to steer people away, as it was "unsafe". We made a call to Langtry, and asked them what they had heard about the "safety" of Del Rio, and she said she hadn't heard anything of the sort. We called the KOA in San Antonio that we had reservations at and were able to move the dates (a big rodeo is in town, so we weren't sure if we could) and they were able to do so. So, off we went to Langtry and Del Rio for the day & night!

Hwy 90 has a whole lot less traffic, less trucks, but pretty much the same sagebrush scenes! I guess this part of Texas, is still Texas! Langtry was a spit of a town, with the Judge's place being the only stop and the Visitor's Center all in one. Nice stop tho. On to Del Rio and Amistad Lake. If you are a fisherman, it's a dream place, I guess. "They" said the lake was down 14 ft. from last year, but the bass are still running, and a tournament was scheduled for the coming weekend. Nothing to "write home about" in my opinion, but a lot better than Hwy 10. Worth the detour.

Rain came in that night, heavy, maybe even some hail, at least it sounded like it. Next morning there were puddles surrounding us, and we had high fog most the way towards San Antonio. We hit some light rain here and there as we got closer to town, but not bad. We were able to pull into San Antonio by mid afternoon, so it wasn't to bad. All in all, a good decision I think!

I just love life's little surprises! I wonder what's next? 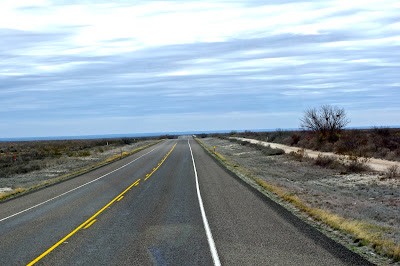 This looked like a good place to try my hand at the wheel! 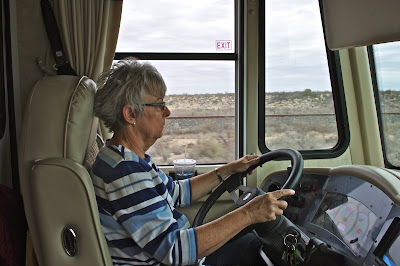 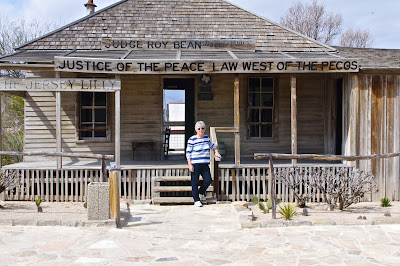 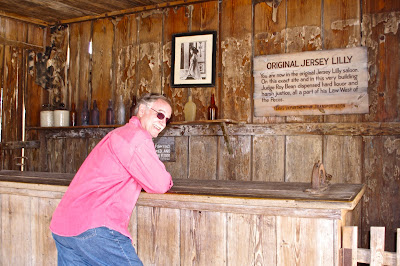 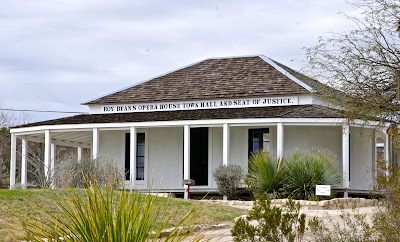 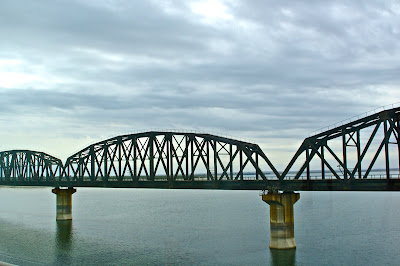 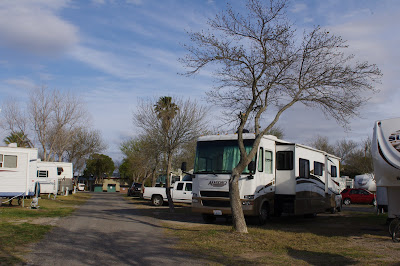 ...kicking back in Texas, Marie
Posted by Marie