Getting our kicks on Route 66! 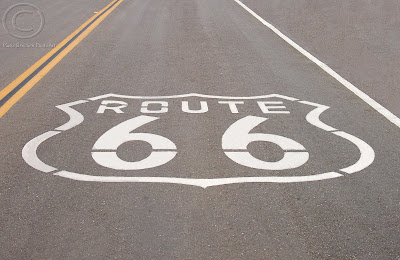 We discovered that Lake Havasu is just a stone's throw from Kingman, which is part of the historic Route 66. So with that in mind, we decided to spend a day zipping up to Kingman, on to Peach Springs with a stop at the Grand Canyon Caverns. With camera in hand (and battery fully charged) off we went!

First stop was at Kingman's Powerhouse Visitor Center. Besides information, it had a small museum and wonderful history of the area, even a model train set up. We didn't spend much time in Kingman itself, saving it for the caves later on that day. 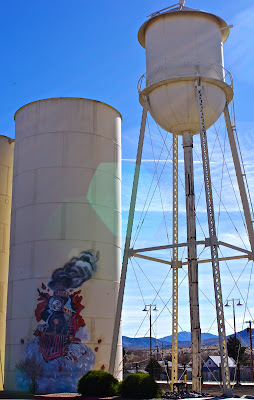 Jumping onto Route 66, we came to one of the highlights of the day, the Hackberry General Store. The store is as much a museum as a place to grab a cold drink (Route 66 Root Beer no less!). They have everything from retired gas pumps used when Route 66 was a booming thoroughfare, to old metal signs, an outhouse, old cars and even old Burma Shave signs! Everywhere you looked was something to smile (or take a picture) about! We had to get a Route 66 cap for Jack there. 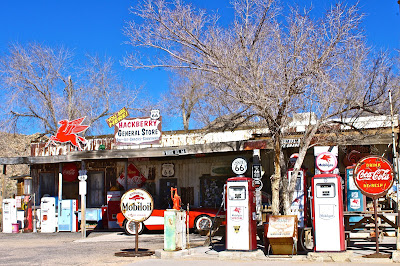 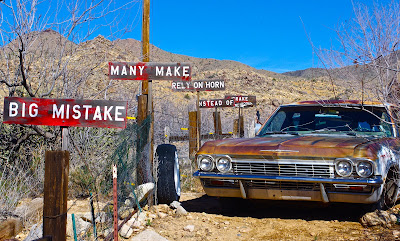 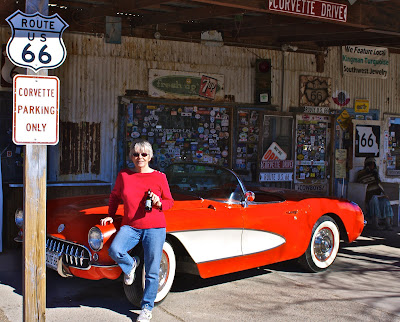 Back on the road, we headed to Peach Springs, which is a tiny town with not much in it, but just beyond it is the entrance to the Grand Canyon Caverns & Inn, our big stop of the day. Now this is where I got my first surprise. I'm coming to realize that having worked for the world class San Diego Zoo I just naturally expect other attractions to be of the same caliber. The name implied as much, the rack card did, so I was a bit taken aback when we drove into a dirt road, up to rustic, wooden "general store" entrances for their store and then for their caverns. I was beginning to doubt our decision to come here, thinking that we were probably in for an expensive, disappointing hoax...one that Jack wouldn't let me forget either (since it was my idea to do this!). However, we decided to give it a go anyway, after all, we had come this far, might as well "go for it". Well, we were glad we did! It was quite an experience. All the caverns I had been to before have been "wet" ones that have stalagtites and stalagmites growing in them, this is a "dry" cavern that is what is left after millions of years of changes from ocean floor to volcanic eruptions, to dry floor, and on & on to what is left today. It's a very different experience than the typical cavern, and quiet pretty. The guide is very knowledgeable and funny. It was a good long tour with some great walking included. They push the envelope a little with their "creativity" but it was well worth the trip and I'm glad we took the tour! 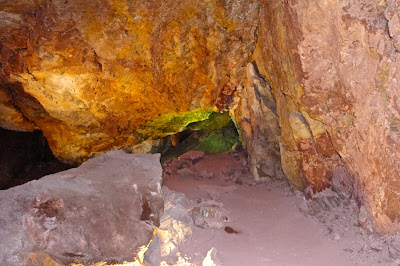 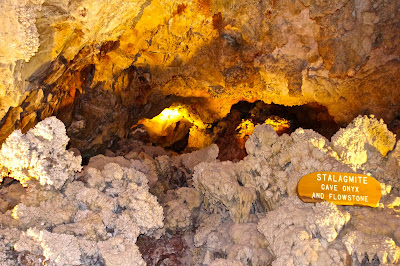 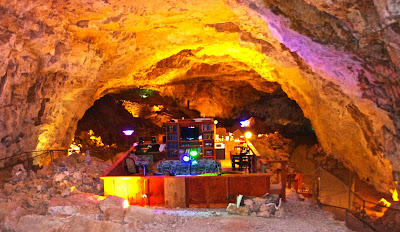 They even had a few treasure to admire outside, including an old forge that (of course) Jack found! 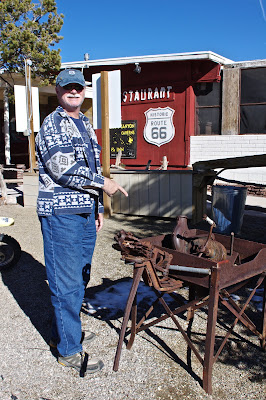 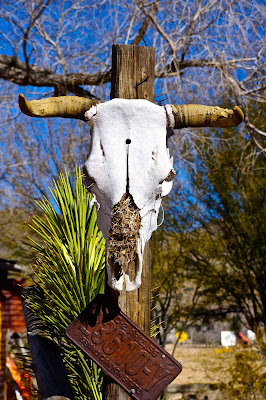 A quick stop in Seligman before heading back... 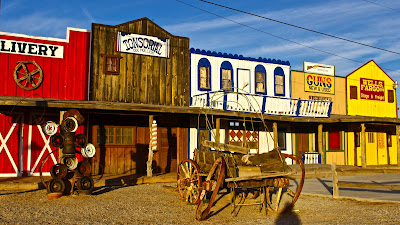 It was a fun-filled day filled with great memories of cross-country trips we had experienced as kids. There was even a few (new) Burma Shave signs along the route home, like this one: Thirty days - Hath September - April, June & November - And the speed offender! - Burma Shave