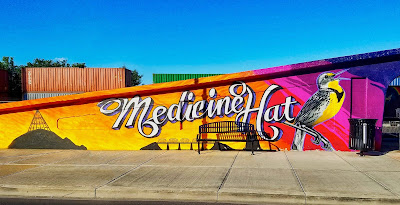 As we continued on our journey west through Canada, we made a two day stop-over in a small town called Medicine Hat to check out a place we had read about called the Medalta Potteries.


Medalta is a historic factory - a time capsule to the beginning of Western Canada’s industrial revolution. 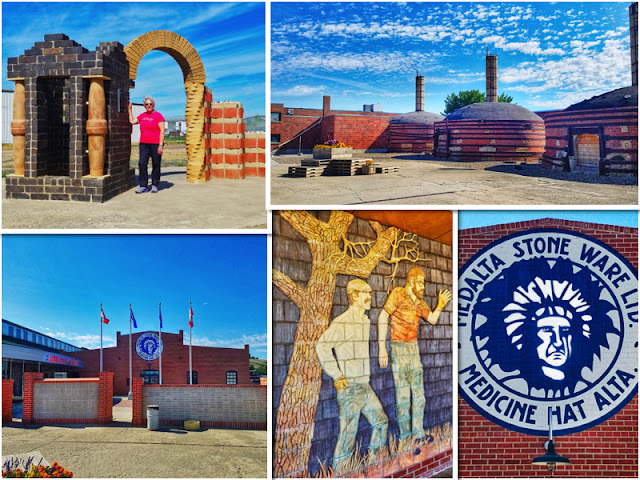 Medalta Potteries first operated from 1912-1954 and at one time was once considered state of the art.  Updates were done and expansions were made to keep up with growing demand, changing products and to take advantage of new technology.

Even though Medalta’s kilns were based on medieval design, they were the height of technology.  Kilns like these once dotted the North American landscape.  They were a sign of progress - of the settlement of the Canadian West.

The stoneware market plummeted during the depression when glass replaced stoneware and in the early 1950s they were bought by a Montreal firm who concentrated on movie house giveaways, but then television came along and that no longer was viable.  By 1958 they went into bankruptcy.  The building sat empty for years.

Jim Marshall and Jack Forbes saved this wonderful building from destruction.  Back in the mid 1970s they had a “dream” of reopening the pottery.  They were able to organize a group of volunteers to help them and work hours and hours of labor to dig out and excise the old kilns and factory to begin again to create and to also still leave some as a museum. 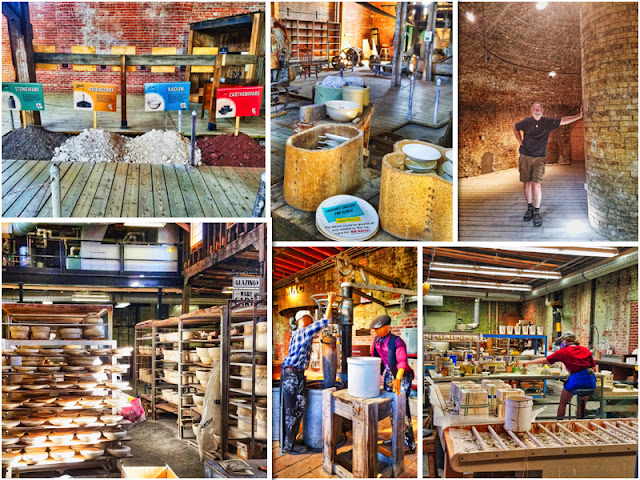 A gentleman by the name of A.T. Schlachter (Tony) made rather a large donation to the museum…his personal collection of over 2500 pieces!  He has been (and still continues to) collecting South Eastern Alberta pottery made by the Medalta Potteries.  His collection was really quite something to see…rows and rows of beautiful crocks, each one a little different, as well as a full room of beautiful vases and glassware. 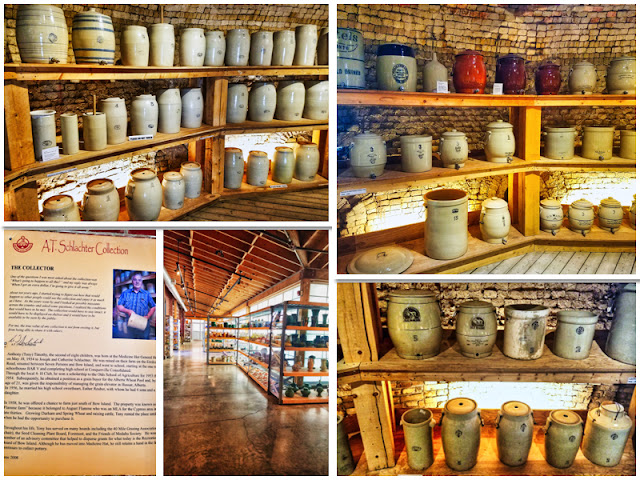 It is a great place to spend hours roaming through, learning, viewing and enjoying.  Well worth the stop!

Medicine Hat itself has quite a few “artists”, so I can see why Medalta has been successful once again.  As we drove around town, we spotted some great murals.  Some carved out of stone, by a gentleman by the name of Jim Marshall who has has done quite a few here.  I particularly like one of some storks… 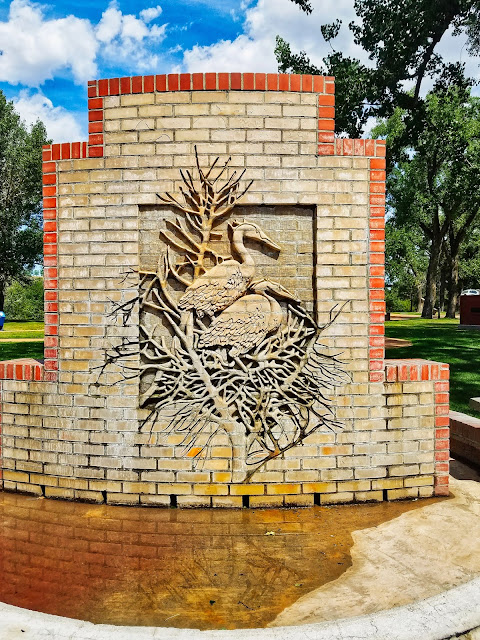