Regina is the Capitol of Saskatchewan with a population of a little over 193,000 people and about an hour from Moose Jaw.

Our first stop here was to go see their capitol building, which here in Canada is called the Legislative Building.  It's a big beautiful building with a copper dome (newly done in 2016) built in 1912, modeled on the architectural style of the English Renascence and Louis XIV of France.  They give a half hour tour, which is always nice.  The most impressive part was the massive solid marble columns.  There were so many, huge, and beautiful.  A lot of the US Capitol buildings have faux marble, but these were the real thing, very impressive. 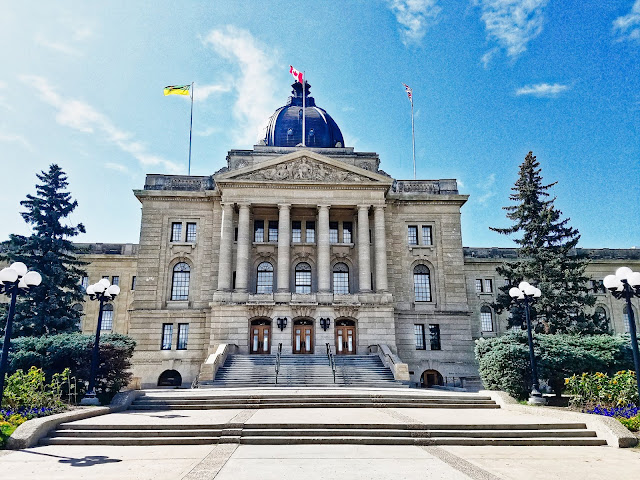 We only saw two rooms outside of the main entryway, unlike so many American Capitols, their Chambers where the legislative business is done and their Library.  Both lovely.  I especially like the Library...as a reader, one wishes they had such a place in their own home! 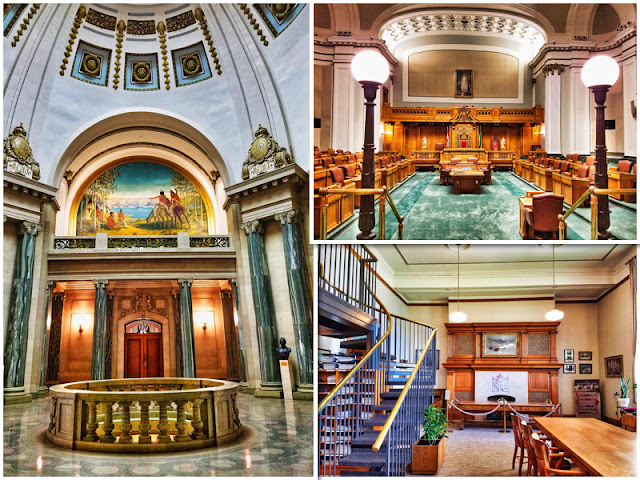 The grounds were very English, including the Trafalgar Fountain, which stood in London's Trafalgar Square from 1845-1939.  A statue of Queen Elizabeth II on her horse rains over the garden from the time she visited for the Centennial in 2005. 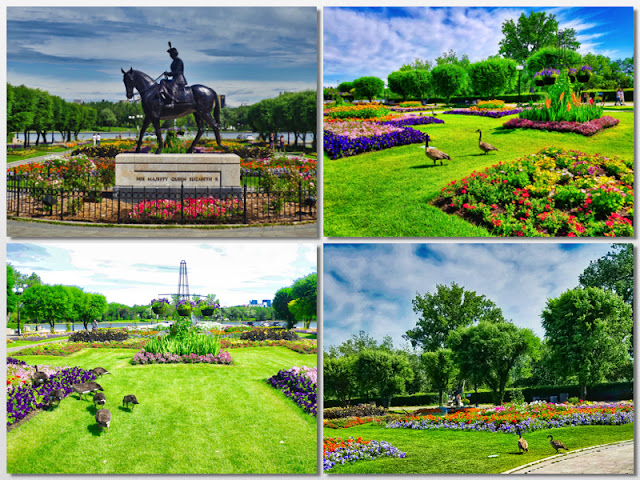 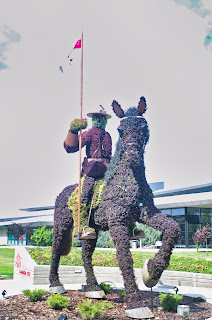 Our next stop was to the Royal Canadian Mounted Police Heritage Centre, where they train all of Canada's police officers.  We really don't have anything like this in the US that we can go see, so this is quite a treat.  We started off with a 22 minute multi-media presentation giving a great over-view of what the cadets go through in their 6 months of intense training at the Depot, as well as little history of the RCMP.  Then we were taken by cart around the facility and shown the buildings, barracks, mock training set-ups (like shopping malls, cars, homes, neighborhoods, etc), then a stop at a small church where we went in and the guide shared some of it's history.  She also shared that each of the cadets have to have an "extra-curricular activity", so many choose the choir, the Depot has to have a parade band, and they know that most don' know (or want to) play an instrument, so the officers just choose every 4th cadet to be in the band!  So, she asked us not to judge their playing to harshly!  ;-) 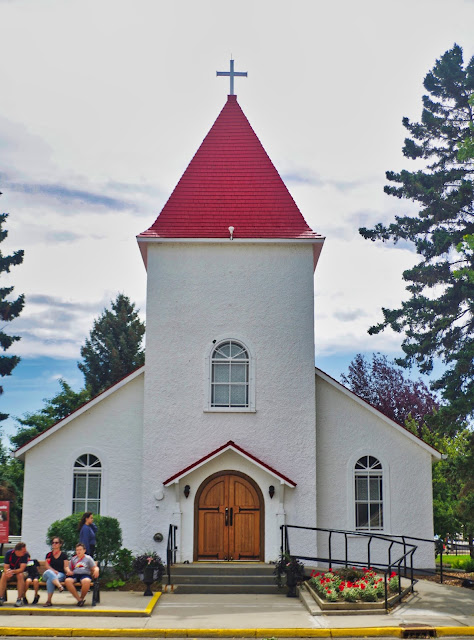 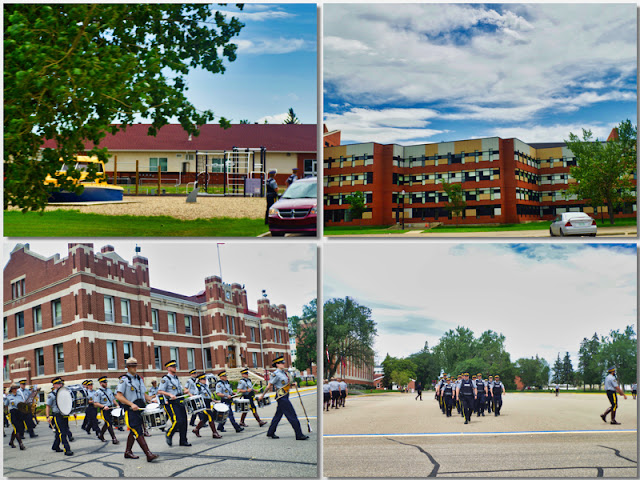 At 12:45 p.m. precisely each day, they have a public Parade Inspection.  Tuesdays and Thursdays is choir practice, so they are excused.   We were there on a Thursday and saw a great many file into that tiny little church...must be a lot of singers in that choir!  ;-)  However, promptly at 12:45 p.m. the troops (4 of them) began playing and marching to the field in front of us.  Orders were yelled and lines and formations were formed.  The commander came out and inspections began.  Afterward more orders then the troops started marching in various formations - criss-cross, squares, up & down, back & forth, all kinds of great formations then out they went again!  Very cool.  Our guide explained that each cadet has to earn a piece of his/her uniform as he/she goes, so, depending on how long they have been here and have passed that part of their training is what they have on.  So we saw some with straight pants, blue vests & caps, while others already had their jodpurs, blue shirts and  Mountie tan hats.

Afterward, there is an extensive museum to enjoy and learn.  We did miss seeing horses though, as those are now housed in Ottawa.  "Mounted Police" is now a specialty that is selected afterward.  Only about 150 people are in this unit.  I think it was around 1969 when the guide said  "that the RCMP decided they needed more than 1 horse power to fight against crime now".  ;-) 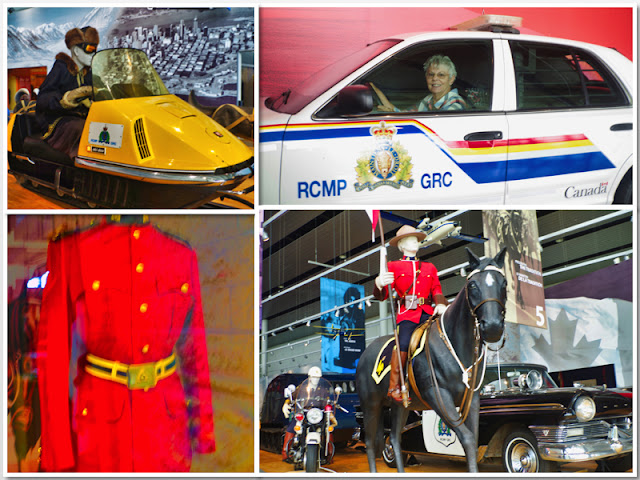 We ended our stay in Regina with a wonderful dinner, then headed on back to our campground in Moose Jaw with full tummies and great stories to share.