From Manitoba, we moved on to the Province of Saskatchewan,  to stay in Moose Jaw for the next 10 days.  It made a great "home base" to explore the surrounding area without having to move from campground to campground...and it was a charming little town with a great name!  ;-)

As you know, the first thing Jack wants to do is stop at the Visitor's Center when we arrive anywhere, and Moose Jaw was no exception.  We were greeted first by "Mac" the 30' tall Moose!  Well...Mac looked a little strange...seems he was missing something here...something rather important for a moose, I'd say...like his antlers?  So, I inquired about them as we entered (probably like hundreds before me).  Seems they are being fixed by a local taxidermist due to high winds and a previous problem they had before that they wanted to avoid, since he weighs in at ten tons!  Mac is quite famous, it seems...he was the tallest in the world, until the Norwegians' moose built one a bit taller...well, that wouldn't do.  So the citizens around here got out the word and people from all over Canada, US and even London sent in money to put their abilities to work and make Mac bigger!  He is back on top as the world's biggest!  Way to go Mac! 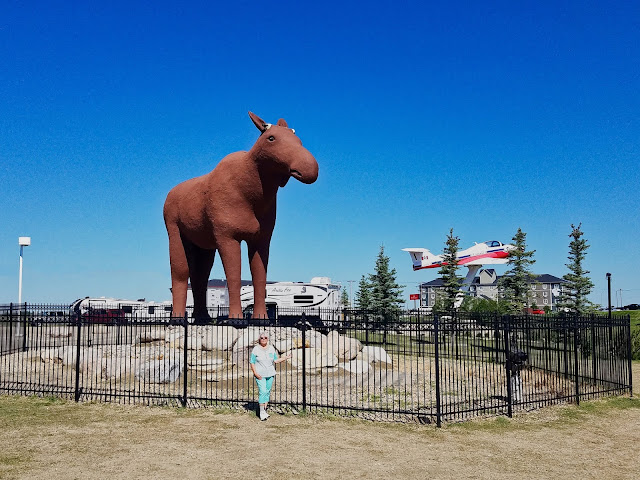 One of the best things I loved about this town, was the murals!  Wow, they had a bunch too!  We spent several days just driving around town enjoying them and (of course) taking lots of pictures of them!  Here are some of my favorites (although it was really hard to pick just a few).  I love how they "go outside the edges" on some of them, doing unusual things...very creative artists here! 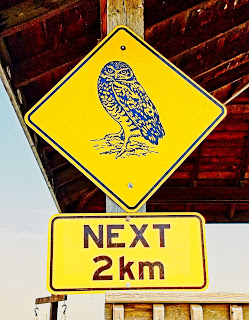 As we wandered around town, we ran into a small place called the Saskatchewan Burrowing Owl Interpretive Centre.  I love owls, so we just had to stop and see what this was all about!  A sweet young lady was in the front office and told us it was a "self guided tour" and gave us a brochure, and pointed us to the door on the opposite side...so out we went.  There were about a dozen small enclosures with these small Burrowing Owls inside...mostly hiding.  There was one larger one with displays and explanations of what is happening to these tiny  creatures.  One sad fact...As recently as 1992, Moose Jaw was a hot spot for burrowing owls, with 39 pairs nesting throughout the city.  But by 2006, not a single nest remained.

Because these owls nest on the ground in grasses, small bushes or reeds, they are easy prey, as well as easy for farmers to mow over.  The Centre is trying to educate as well as reintroduce these owls back into the fields. 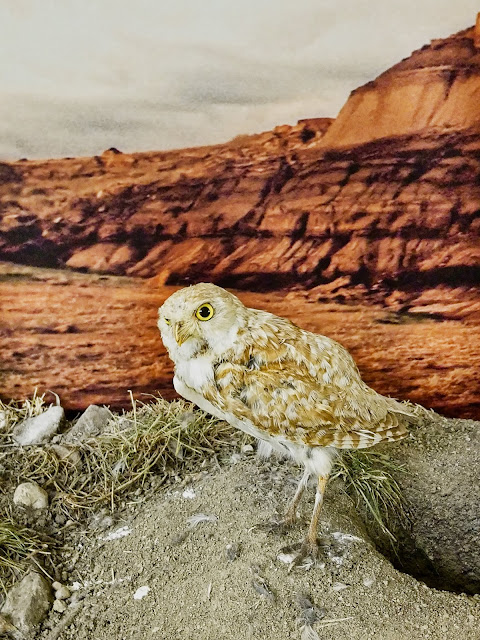 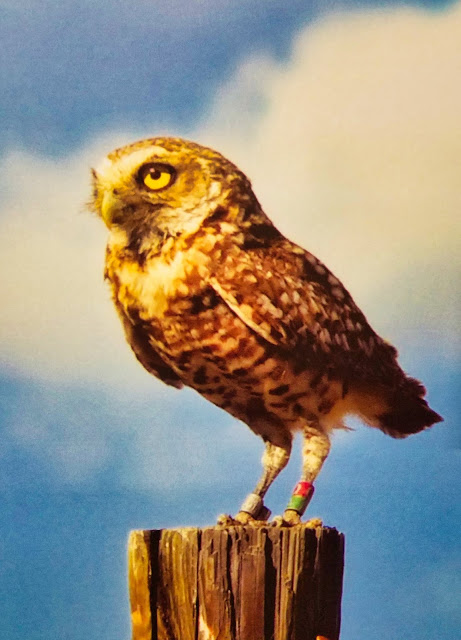 After we toured the area, we came back inside and chatted a bit with the young lady.  She is studying zoology.  She has spent her whole life (all 18 years!) in Moose Jaw and was surprised to hear we found it fascinating here!  She enjoyed hearing about our travels, and we encouraged her to get a passport and be open to travel and explore the "big world" out there...she was sure wanting to!  ;-)  It was a great little stop...one of those unusual ones that are special finds along the way...glad we took the time.

One other interesting place they had  for us to visit was their Western Development Museum.  It was established in 1949, and we were surprised at not only how large it was inside, but how many things they had that in all our travels, we'd never seen before!  They really had quite a collection of unique items from all over Canada...trains, planes, autos, snowplanes, a horse drawn ambulance, a mechanical horse, I could go on and on...but my favorite, was the cutest little homemade trailer made back in 1946!  Here's just a small sample of what we saw... 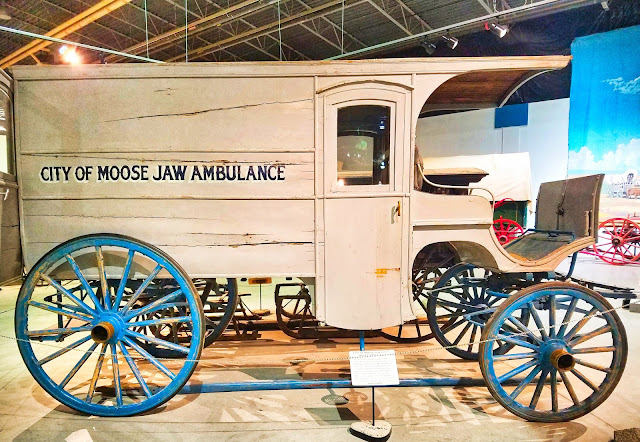 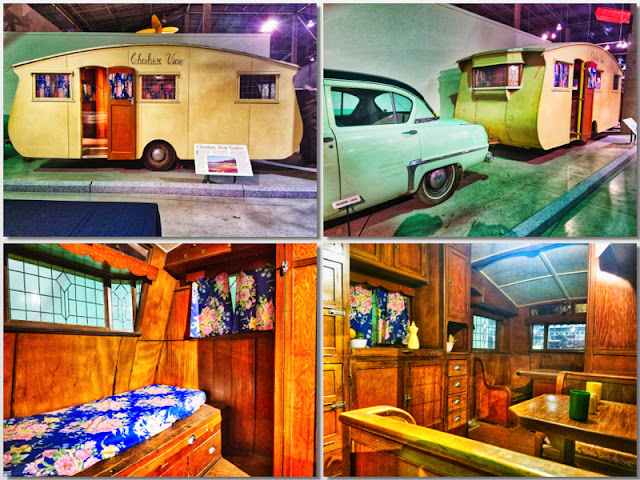 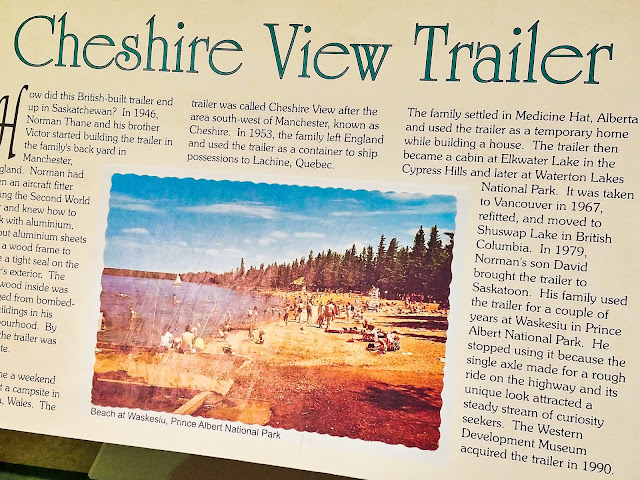