Serendipity, It's a wonderful thing!

We have a "tradition" when it comes to going to Portland...we try and stay near the city, for about three days.  The first day is to go to park and settle in the campground. The second is to go to  Powell's City of Books for several hours to stock up on books for us, for Christmas and birthday presents and then to go to Old Town Pizza for a late lunch  with donuts at Voodoo Donuts after wards for a treat.  The third day we usually visit with family or friends in the area.

That usually was the plan.  I called first choice, they were booked up, so I called our second, they had availability, so I booked the three nights.  I didn't call any family or friends to say we were coming, something in me just said "to wait", so I did.

We settled in.  Later that day we noticed a group of campers across from us pulling out all of their belongings and washing everything.  There were three couples in the group.  All afternoon and evening they were at it.  In the morning, I told Jack "I think they must have encountered a bad dust storm, only thing that could have gotten that badly into every single nook and cranny!"  He thought it might be "beach sand" since we were in Oregon, and not that far from the ocean.  As he was outside, he went over to them and talked with them.  He came back and said "you called it sweetheart!  They were at Burning Man!  They are all from Holland and have just spent ten days at Burning Man!" 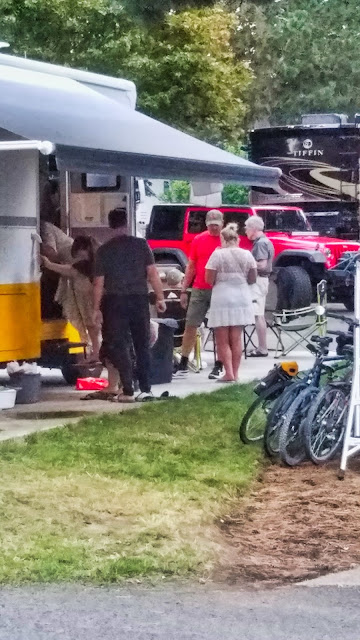 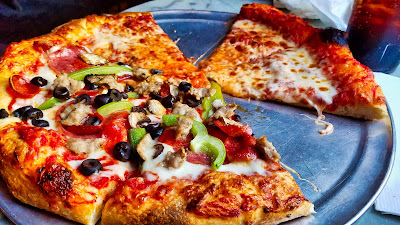 We then went  into Powell's and did our shopping, then to Old Town Pizza for our late lunch.  While there, we had a nice talk with the young man serving us about donuts.  We had heard about Blue Star Donuts, so asked him "Blue Star or Voodoo?"  He said "Blue Star, definitely!"  He said "Blue Star is quality, Voodoo is novelty".  So, we went to Blue Star.  Wow, what an experience!  It was like walking into a jewelry store and being shown precious pieces (and so were the prices).  But, the quality was really there.  We decided to splurge and buy a dozen and take them back to the Holland group!
So, box in hand, we marched over to their campsite and asked if they were ready for a break?  And did they they like donuts?  YES!  We all sat down and everyone introduced each other...to many names to remember...but we all sat around for more than an hour and talked and talked.  What fun! 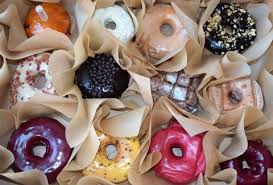 I ended up spending time with Fred, who turned out to be a photographer, and as would have it we exchanged emails and Flickr accounts.  We met a couple more times to chat, but they had to finish cleaning as they were going store their RV with family and fly back to Holland on Thursday.  It was such a short visit, but we all got so much fun out of it.  It just "clicked".  Fred said more than once that he would stay in touch, read my blog, etc.  I hope so.  Life is full of surprises.

We opened up our door Thursday morning and a lovely bottle of Jonge Bols Graan Jenever was left on our door step.  ;-)

Catching up in Arizona,  Marie