From the Mountains to the Valleys…

After we left the Canadian Rockies we drove down to they beautiful valleys where they grow all their fabulous fruit, veggies and wine grapes!

Okanagan Valley BC was truly a hidden gem to me.  I had no idea it even existed, let alone how truly magnificent it’s riches are!

The Valley itself reaches from Vernon to the boarder of Osoyoos.  We stayed in the middle in Kelowna, with our campground in West Kelowna, making it easy to visit up and down the Valley.  We were told that they have over 280 wineries, but we saw more going in and I would venture that that is a low number.

Now I wouldn’t say I’m a “wine snob”, but I am very picky in what I drink.  For one thing, wine with tannins  and sulfates give me migraines, so I try and stay away from them.  I’ve also found that California and Oregon whites have gotten either very “oaky” in their Chardonnay wines, or overly dry, and overly “fruity” in their Riesling wines.  So, I have stopped buying anything from North America all together.  To be honest, I didn’t even know Canada made wine (sorry Canada).

But, here we were, five days in what was touted to be “the best wine country ever” - so I thought “why not spend a day tasting?””  Wow, was I blown away!!  Let me share here, I used to be in the event business, and I have had my share of wine tastings from all over the world.  Lovely wines, at all price levels.  But when I was served a Chardonnay here - it wasn’t dry, or “oaky” it was light, clean, crisp, smooth and buttery - the way a Chardonnay should be - in my opinion, anyway.   My biggest surprise was a Riesling from a winery called Spearhead.  Rieslings are usually to sweet - not this one.  Beautiful - light, gentle, yet crisp, clear, smooth with just the right amount of soft fruit.   So good.   I had to buy several bottles!  Truly amazing. 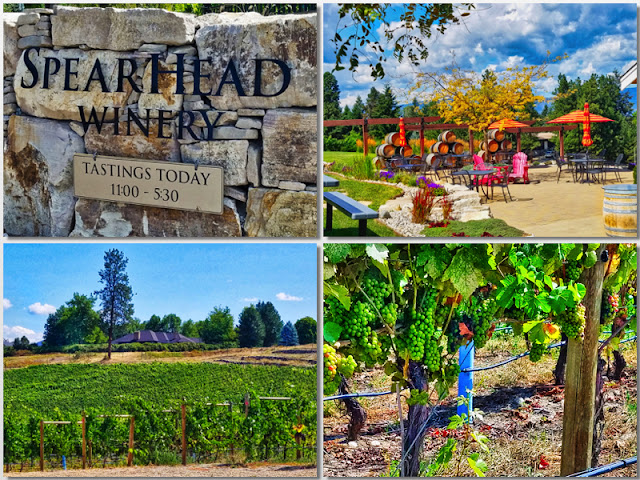 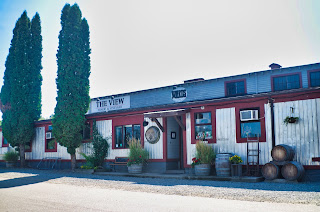 Another fun wine from The View, a sparkling wine in a can.  Kind of like a wine cooler without having to mix it.  Fun and refreshing.  They had both red and white.  They sold it in a six-pack like beer!

Because of the climate, Kelowna can make Ice Wine, and one winery does, Kalala.  We had a very informative visit there, learning all about how that is done.  It's an arduous process, and expensive.  I had to have a taste.  Because it sits on the vine so long, it's rather sweet, like Brandy. 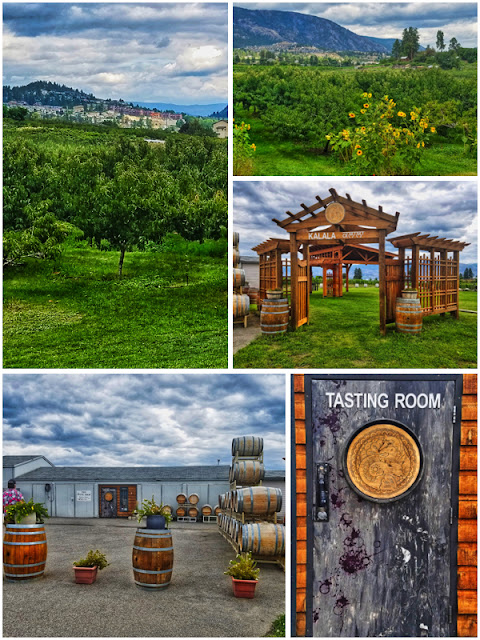 The last tasting we ventured to was at the Indigenous World Winery.  The only Native American (or First Nation People, as the Canadians prefer) Winery.  They had a beautiful restaurant (that’s why we saved it for last) that we went to afterward for lunch.  We were intrigued  by the write-ups  describing how the chief was committed to indigenous flavors  using local ingredients.  When the waitress seated us, she shared that the sandwiches were made with bannock (a thick bread) and the portions were large).  The menu was indeed intriguing  and sounded wonderful.  We weren’t disappointed! 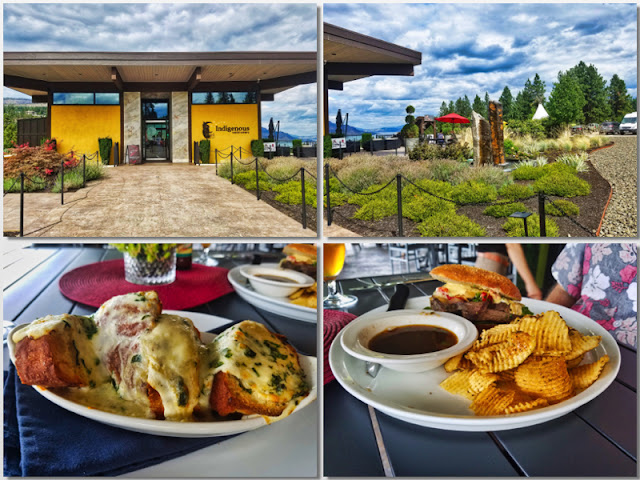 On Saturdays Kelowna has a huge (over 200 vendors) Farmer’s Market that I was so anxious to go to.  I had been holding off shopping for fruits and veggies knowing I would find it all here.  I was right!  We brought our own coffee with us, and started out with freshly made danish and cinnamon rolls and slowly walked row after row of beautiful fruits, veggies, honey and hand crafted items.  All wonderful.  I had hoped the Goat Cheese Farm folks would be there, but no such luck, so I stocked up on my goodies and Jack and I headed out to the Goat Farm on our own.  Interesting drive, but well worth it.  Wow, such wonderful cheeses!  After I left, I kept kicking myself for not buying more. 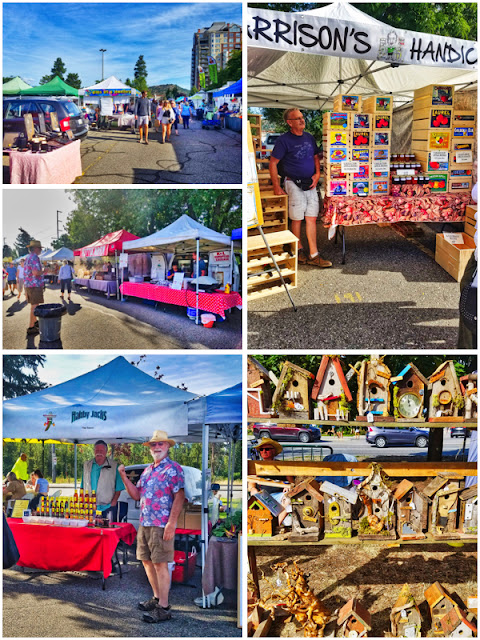 Our last day there, we decided to make it a fun, lazy day and “go floating”!  About an hour away, in Penticton, they have a company that will rent you floats and then a bus brings you back.  You float down a five mile river channel from the mouth of Okanagan Lake to Skaha Lake.  It was a bright sunny day, the water was cool and refreshing, about waist deep and tons of people of all ages were doing it!  So fun.  We were on it for about three hours, and at mid-point we decided we had enough, so we took the bus back.  Good thing too, as we discovered later, we were both sunburned, me more than Jack.  ;-) 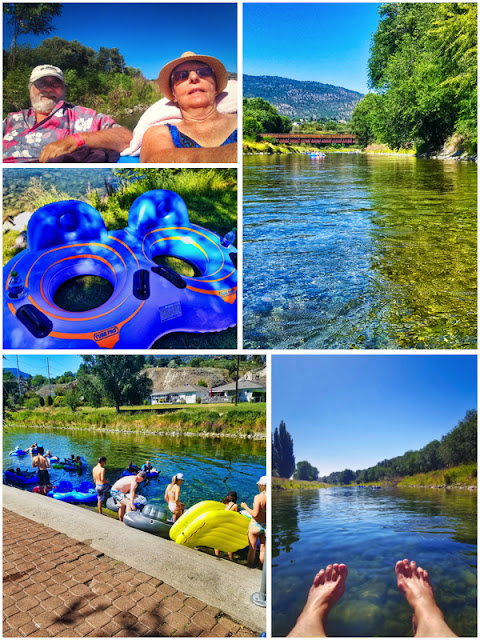 We drove around the cute little town a bit and had lunch along the beach watching everyone enjoying the beautiful day, then came back to relax some more. Such a lovely way to end our stay in Canada.
Posted by Marie