I'm not sure when I first learned about the Horseshoe Bend in Page Arizona, or why it has taken me so long to finally get to it, but all I know is it's a place I've yearned to go see for myself for a long time.  I've seen tons of pictures of it; it seems like "everyone" has been there - done that" but me!  How on earth have I not??

I know I've been to the Page area a number of times, I guess I just didn't realize it was there!  "Best kept secret"?  Wow, anyway, when we started our trek back towards home, I told Jack I had one last request - to swing by Page in route so we could see Horseshoe Bend.  I tried to book us into an RV Park in Page, but no such luck, all full.  So he suggested Kanab, "its only an hour and half away, no big deal, we can drive it in the truck".  So, I booked us four days in Kanab to be on the safe side, weather-wise (and we love this town).

We picked the day and set out early.  We got there around 9:00 a.m.  and already the parking lot was half full.  Grabbed our water and camera and began the hike.  They warn you it's 3/4 mile each way, but they don't tell you it's up and down a steep hill in soft sand!  It was already about 80 degrees by the time we got to the Bend.  Looking over the edge, half of it was still in shadow.  I took some pictures but began climbing (like all the other kids) along the rocks for better views.  Once we found the area best we could, we waited for the sun to move to get the best shot with the least shadow.  People watching was also fun. Lots of "selfies" of all kinds, different languages, several tour groups, all ages from infants to late eighties and every clothing style from mini to long dresses and suites!  Fun to sit back and watch it all.

Finally we decided that the sun was about as far as it was going to recede with the rock overhang and I snapped as many shots as I thought I could get with the lens I had with me, and back we went. 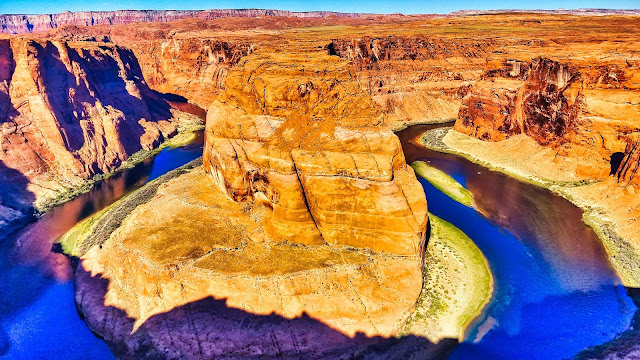 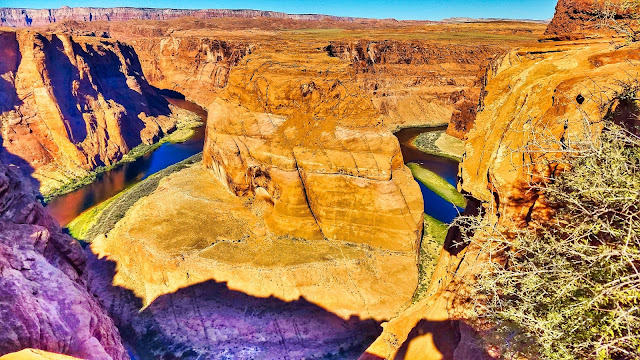 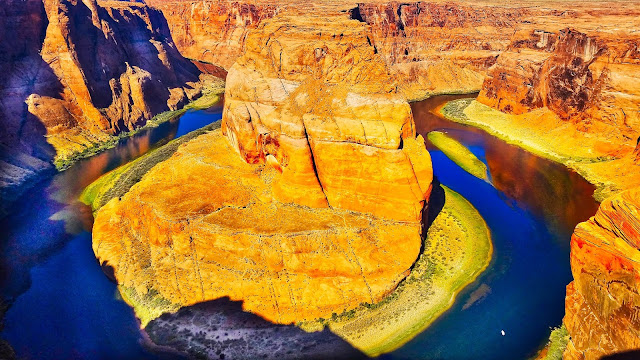 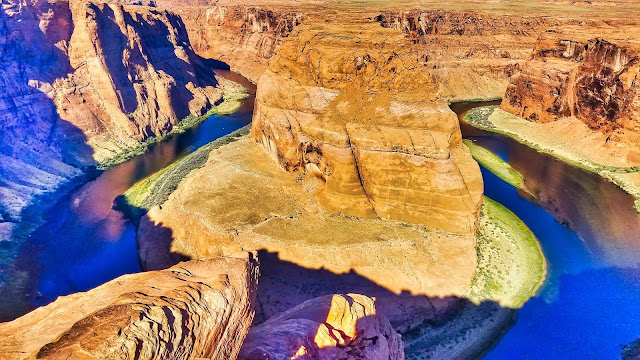 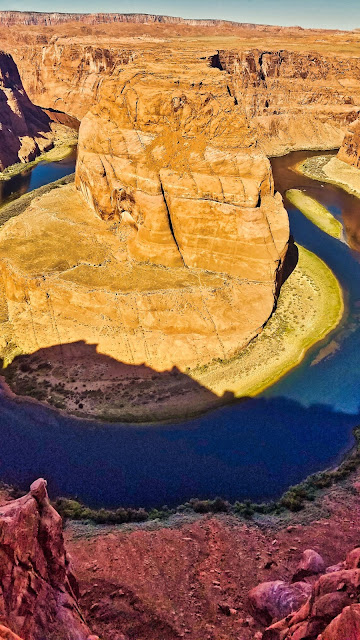 By now the temperature was probably around 85-90 degrees, so we took it slowly, and when we reached the top, was grateful for the shaded bench!  It had a nice cool breeze as well, which was much appreciated. 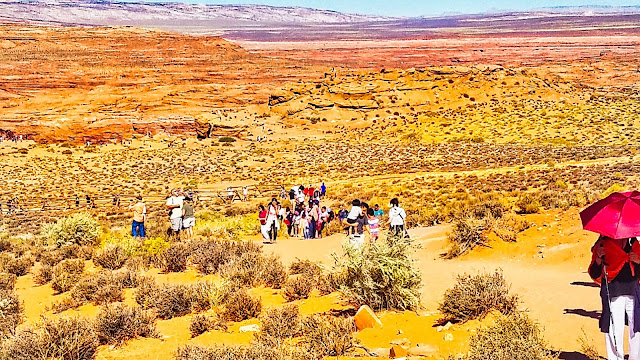 I had made a picnic lunch, but it was still to early to eat it, so we just brought it back home and had it here!  What a glorious trip it was, the drive wasn't long at all because all along the way you see red rock hoodoos and canyons that is Utah's beauty! 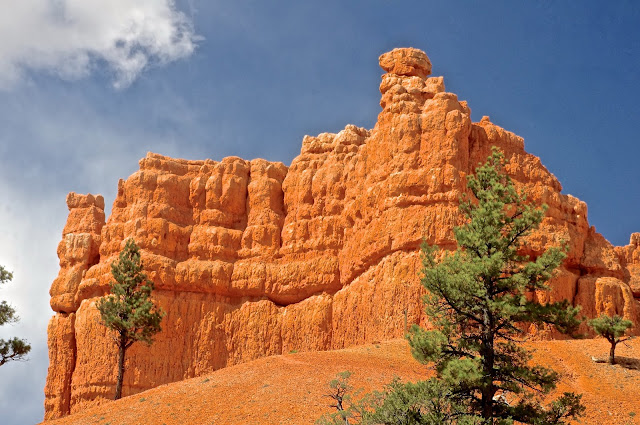 This was our last stop before "home for the winter"...I dare say, we saved the best for last!


Catching up in Arizona,  Marie