We all remember our "first love"...mine was when I was 9 years old. We were living in Guam at the time, it was the mid 1950's and my Mom was listening to a song on the radio and the singer had this wonderful velvet voice, she was practically swooning. He was singing "Love Me Tender" and his name was Elvis Presley. Every time he came on the radio she would turn the volume up and sigh. My older brother and I would buy 45 RPM records, and Mom asked us to buy his. When I saw his picture, together with his voice, I was "in love". All my "pretend play" involved being married to Elvis, no one could top him.

When he appeared on The Ed Sullivan Show, we were all glued to the TV set. It only sealed my love deeper, just like his movies did. Nothing he ever did lessened my love. Now, I'm not one of "those screaming, idol collecting, swooning fans", I just think he was one of the most talented singers of my time, who just happened to also be the most handsome and seemed to be a genuinely nice person.

All that said, coming anywhere near Memphis, you know we HAD to make a trip to Graceland! We set aside a whole day "just to see all of Graceland and all it's various exhibits"...and I'm glad we did!

I didn't really know what to expect, other than a big house with those "famous gates". So when we got there, we found out there were several "tour choices" - just the house, the house AND the cars, planes and other exhibits, or the VIP tour. I decided that the one including the cars etc was the right one for us. They give you a headset, then board you on a mini coach and take you across the street to the house. From there you pretty much stay as a group, but you are at your own speed as you listen to your headset and walk the path it leads you adding the "extra information" you want and/or stopping it so you can take longer to look and/or read & take pictures of things.

The house isn't all that fancy, really. Pretty much an upper-class 1970's two-story with a basement home. I'd had the privilege of seeing (and partying in) his Palm Springs home many years ago, and although much smaller, it was similar. They don't let you go upstairs to the bedrooms (darn!). Just outside, in the backyard is the Meditation Garden, and that is where he and his parents and Grandmother are buried. He also put a headstone for his twin brother there. It's really moving.The display of his cars was quite nice and seeing the two planes was unexpected and interesting. What was really the "wow factor" to me was seeing all the silver & gold records and all the other awards he'd received over the years. Walls & walls of them! Even rows of awards thanking him for his various philanthropy. They also displayed some of his costumes and how his "style" affected other artists.

They have several restaurants, with some of his "favorite foods", of course. Additionally, many different gift shops to make sure you find all the souvenir items you didn't know you needed until today! All in all, a full day of "loving him tenderly"...one last time. 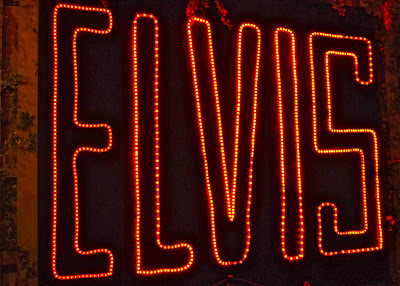 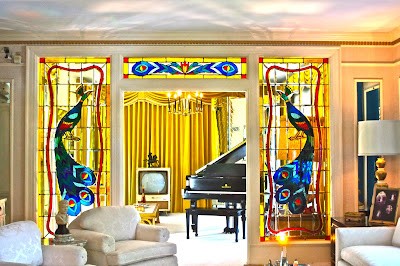 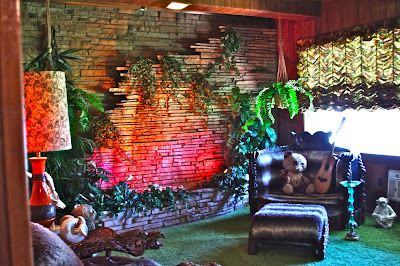 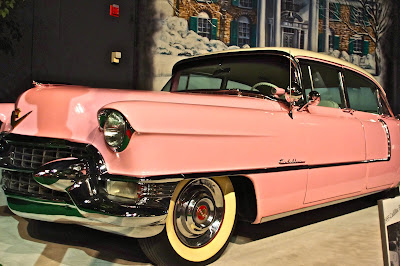 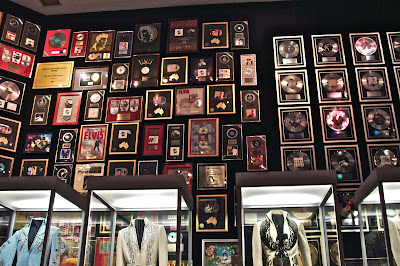 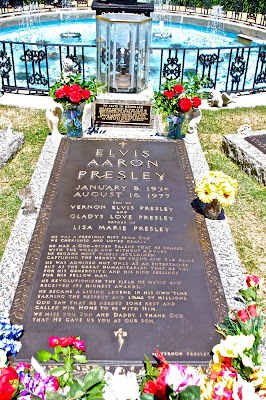 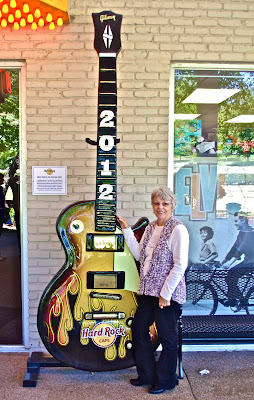 ...on the road in Tennessee, Marie
Posted by Marie