Memphis Tennessee - "Home of the Blues"

You can't love music, especially Jazz, Blues and Rock & Roll, and not want to go to Memphis where "it all began!" Legends like Al Green, BB King, Jerry Lee Lewis and of course the king himself, Elvis, all came out of Memphis. Downtown Beale Street is known for being where "the birth of the blues" and all R&B was played, and still is. So, that's where we went just as soon as we got ourselves settled in at "Tom Sawyer's RV Park" (don't 'cha just love the name?)

We were told that they were having a "Street Fair" that day, so when we got there around 11:30am we expected to see a huge crowd of people, nope. The street was blocked off, but found a parking spot just around the corner, a few vendors were just starting to set up in the park, but there really wasn't any people or music or "anything" happening! We did find a band playing in the park so sat and listened to them for awhile, they were good, then started on up the street. When we got to BB King's Club there was a host out front who said live music would be playing around noon. I trotted up to him and told him we had heard there would be a street fair today, and he said, "oh yea, it starts at noon." "Noon? Wow, ours in CA usually start early in the morning around 9am." He asked what time did they end and I told him around 4pm, that's when he shook his head and said, theirs doesn't end until midnight! "Oh my! I see you all like to party, that's why it starts late and ends late!" In actuality, I think they don't start early on Sundays because of church, that's very important around here.

Anyway, the "other thing" Memphis is known for is Bar-B-Que!! UmmMmm! We had heard about one restaurant named the Blues City Cafe. It had been featured on the Travel Channel & on the Food Network's Bobby Flay Show, so I was ready to give it a try!

We were greeted by their host, who looked to be about 75 yrs, a very thin black man with dreads kept up in a multi-colored cap. I leaned in and said in a low voice, "rumor has it, you all have the best BBQ in all of Memphis, is that true?" He said "yes ma'am, and cat fish too!" Everyone was right! It was outstanding, you just touched it with your fork and it fell off the bone, so juicy and tender and full of flavor. Hardly any "sauce" on it, and I didn't dare ask for any in case it would be taken as an insult, but in truth, it really didn't need any. I guess that's what REAL BBQ is supposed to be like.

So, when we left, he asked me if they had "passed the test" and I told him "absolutely! No lying going on here!" He said "Of course not, he's taste-tested every item!" I asked him if I would stay as slim as him if I did the same, he just twinkled his eyes at me as smiled and said "no promises." ;-)

Beale Street still has it's many night clubs, and they have added some "museums & tours" around the area on everything from Gibson Guitars to Rock & Roll. There was one we went to that was interesting and that was the "Pink Palace". It was the home of Clarence Saunders, founder of Piggly Wiggly, the first self-service grocery store. It was "pink" due to the color of the Georgia granite that he had shipped in to build it with. Unfortunately, due to a lost New York Stock Exchange battle, he went bankrupt and never moved into his home. He ended up giving it to the city on the condition that they use it for a museum. Kind of sad, really. Beautiful museum now though. 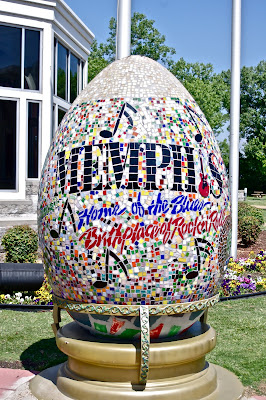 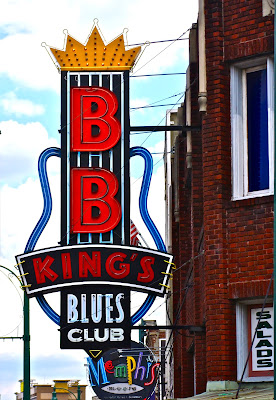 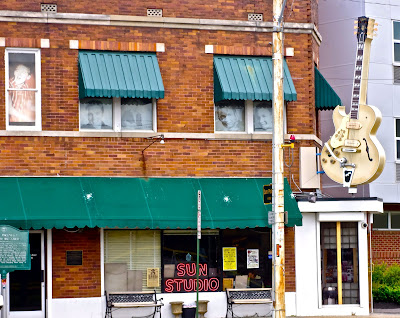 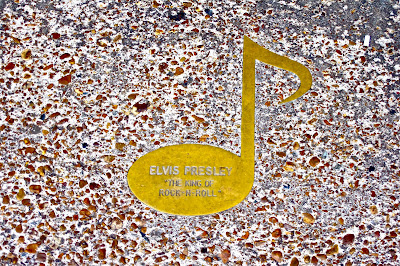 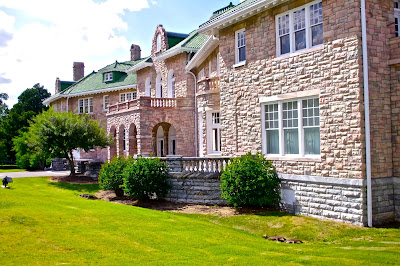 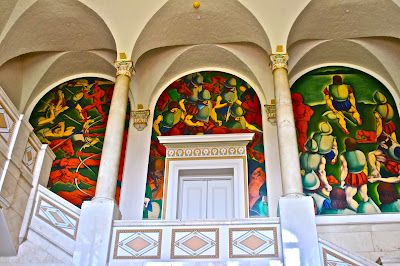 ...kicking back in Tennessee, Marie
Posted by Marie