Part of the fun of doing what we are doing, is taking "side trips"...just because. Being the "navigator" it's my job to read up on all the surrounding areas we could come into along the "direction" of our trip. Doing that, if something sounds especially fun or intriguing, we check on the routing and see if it's doable, then decide (or not) to point the rig in that direction!

One such place was Cedar Key, along the Florida Gulf Coast. Reading up on Cedar Key, it was described in one article as "Key West-60 years ago". It's other claim to fame was that it played a key role in the Civil War and had some historical displays. Well that sounded worth spending time at, so we headed over!

Comparing it to Key West was really stretching it--even "60 years ago". For one thing, it's about 1/10th the size! No kidding, the "business area" was only two short blocks, and that included their restaurants and hotels! The surrounding neighborhoods and parks fit that description, I'd say though, in the very laid back casual kind of way. It certainly had character! It's a true island, so you are crossing a bridge to get to it, then you wander around in very narrow streets. We first went over in the RV then decided that wasn't going to work, so went back across and pulled into an RV Park and just took the truck back over for the day. We had a nice sea-side meal, then spent the rest of the day walking around their tiny town, then cruising the rest of the island to see "how they lived". Interesting, different, artistic, laid back... 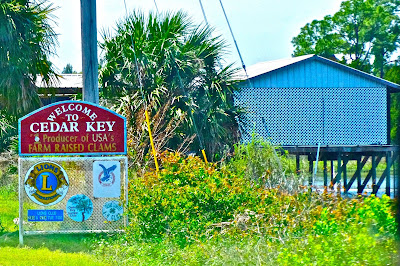 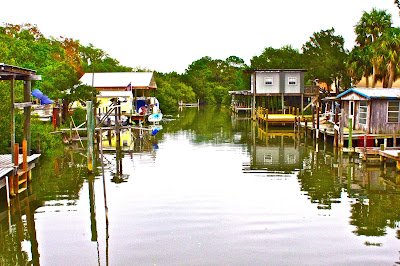 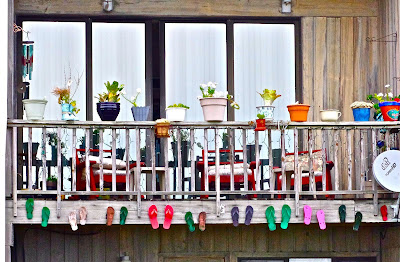 They call this the "honeymoon cottage" and have all kinds of art work showing it! ;-) 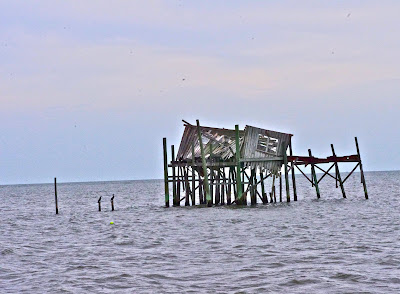 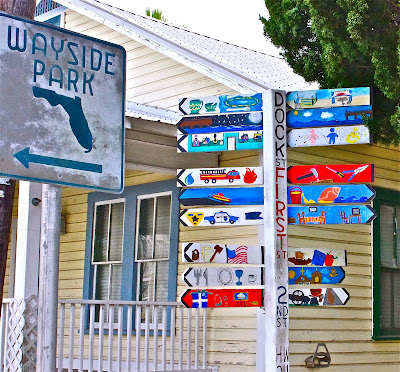 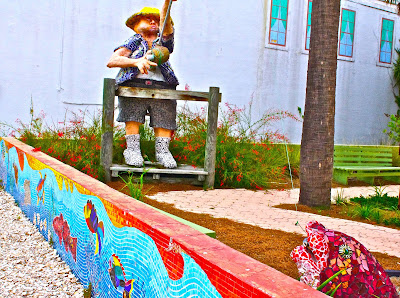 Some people invest in fancy homes, others in their transportation! This was parked on his front lawn, his "driveway" was his landing strip! 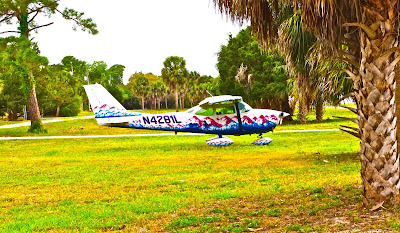