New Orleans Part 1 Continued: Elaborate Homes for the Living and the Dead

New Orleans is unique in so many ways...one day Jack and I decided to tour the elaborate homes of the Garden District (the wealthy living), and the elaborate crypts of the dead at the most famous cemetery, St. Louis Cemetery #1.

We started out with the living, driving over to the Garden District ourselves, "not needing a tour guide/book". Well, as usual, after just a few houses of "OMG!!" Jack pulled over and I just started walking the streets, camera in hand, snapping away. I have no idea "who lived where" except where there were signs to say so. I know that in amongst them several movie stars are suppose to own homes (current or past) there, (Sandra Bullock, Nicholas Cage, Archie Manning & Anne Rice). The only one I found was Anne Rice's. That aside, they were breathtaking. This area is full of huge houses with big gardens from the 1840s when cotton and sugar were booming, and they wanted to show they were successful. The area is spotted with big mansions of every style, from the Victorian mansion to the Italian villa, passing through Greek colonnades adorned houses or Normandy farms. . .
But after 150 years, many of them have real charm, and the colorful gardens with their big trees, hiding a bit the mansions are the real charm of the area. Here's a small sampling, plenty in my Flicker account if your a glutton! 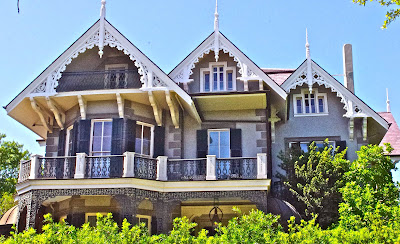 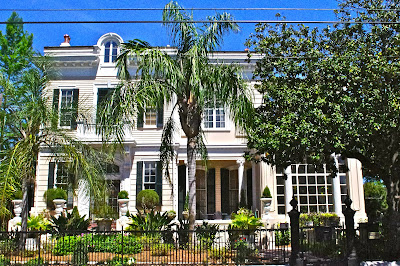 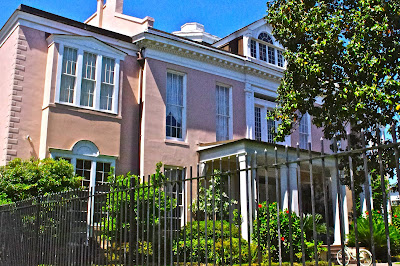 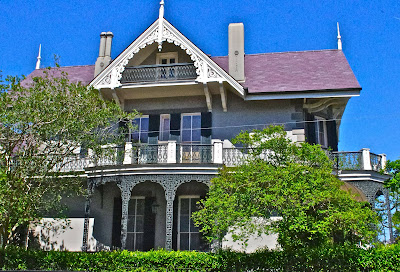 Leaving the Garden District and all it's charm, we headed over to the largest, most "famous" of New Orleans Cemeteries, St. Louis Cemetery #1. Because the city is built on a swamp, the deceased have to be buried above ground, many in elaborate stone crypts and mausoleums. One of the reasons this particular cemetery is so famous is because it has several famous people buried here, one of which is Marie Laveau, the legendary “voodoo queen.” Believers and non-believers alike make pilgrimages to her tomb to make offerings to her spirit in return for what they hope will be blessings. A number of notable musicians as well as the Musicians Tomb that was set aside by the Barbarin Family to provide free burial to any musician. I found several crypts with my Mother's family name (Rousseau)...guess there's a little bit of New Orleans in me somewhere down the line... 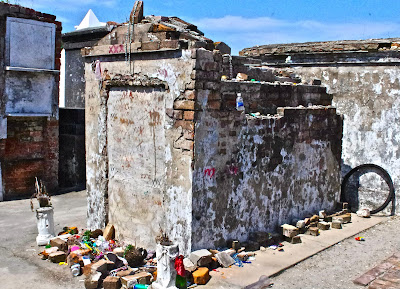 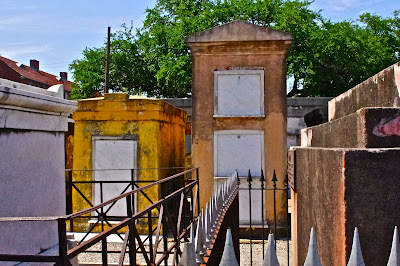 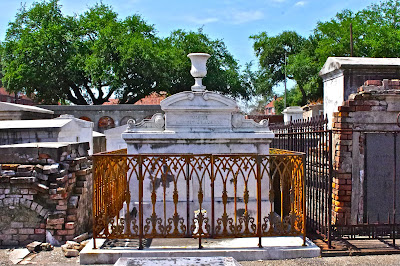 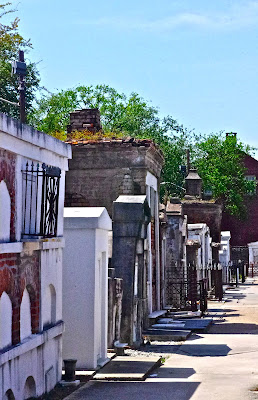 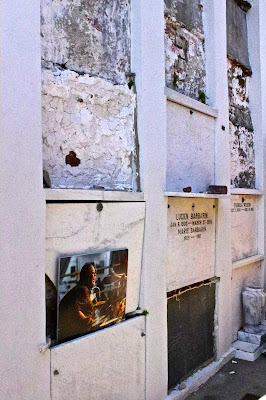 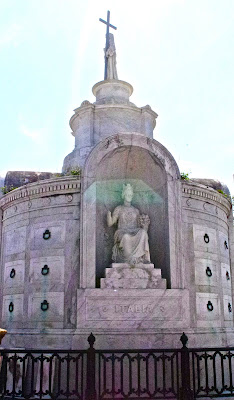 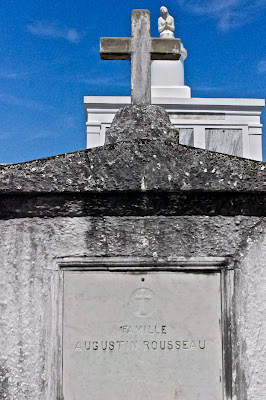 ...kicking back in Louisiana, Marie