Everyone knows that New Orleans and Mardi Gras go together - like peanut butter and jelly...it's hard to even say one without the other. But, how do they put Mardi Gras together? I mean, it just doesn't happen, someone, or lots of someones have to make all those floats, costumes, beads, bangles and doodads, right? Well, it's mostly done by Blaine Kern's and all his many talented artists! Since 1947, Blaine Kern Studios has been as much a part of Carnival as the parades New Orleans loves. In fact, they create most of those parades, from concept through completion. They are the world’s leading makers of floats, sculpture and props.

We decided to go check them out, and take a "peek behind the curtain" to see how it's all done...and wow, did we see and learn a lot! For instance, did you know that Mardi Gras actually has 52 different parades? ...and that they take place for two weeks prior to Fat Tuesday? ...and that they do NOT go down Bourbon Street (because it's to narrow)? ...and that each float and/or parade is paid for by the sponsoring group? ...and that everyone on the float must wear a mask or cover their face in some way so that the crowd doesn't know who is "giving" them their treats (beads, toys, candy, etc)? Interesting, huh?

The images that they think they will use again and again, they make out of fiberglass; while the many others they use Styrofoam. They recycle by adding, reshaping, recoloring, reusing a piece again and again as much as they can. They have multiple warehouses containing hundreds upon hundreds of floats and characters. The longest is a train, the largest is King Kong. Every parade has a new and different theme every year, chosen by the "king" (sponsor). It's an amazing process and the tour was incredible. We were able to see not only all the floats & props, but the people working on them, designing, building, painting, etc. Here's just a small sample... 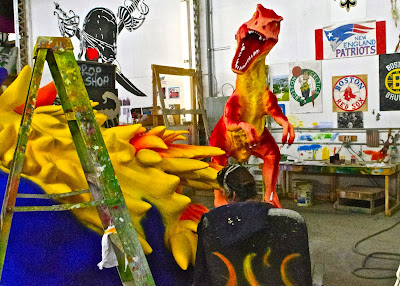 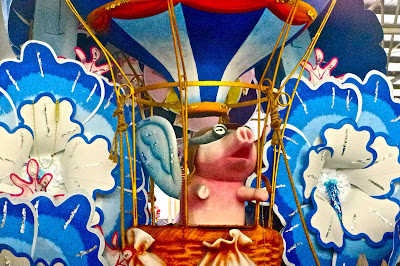 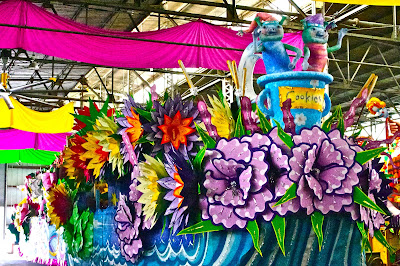 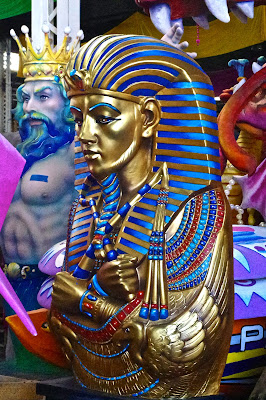 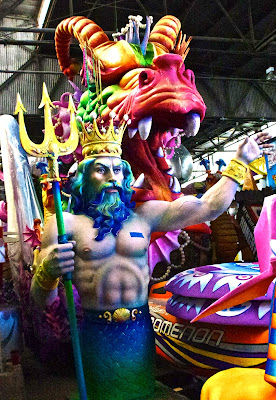 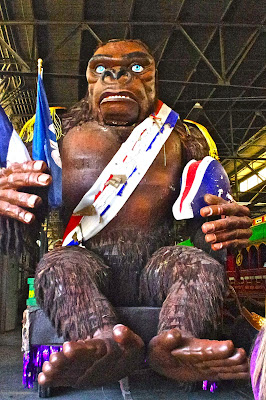 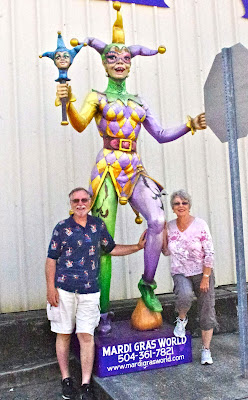 
...kicking back in Louisiana, Marie